Years In Operation:  1910-1914
Models Built:  13 Different Models Built
Approximate Number of Cars Built:  480
​Factory Address: There are two addresses listed for the company:  150 Elm St. and 801 Johnson St.(Both were actually connected to the same location according to the Sanborn Maps).
​Officers of the Company: 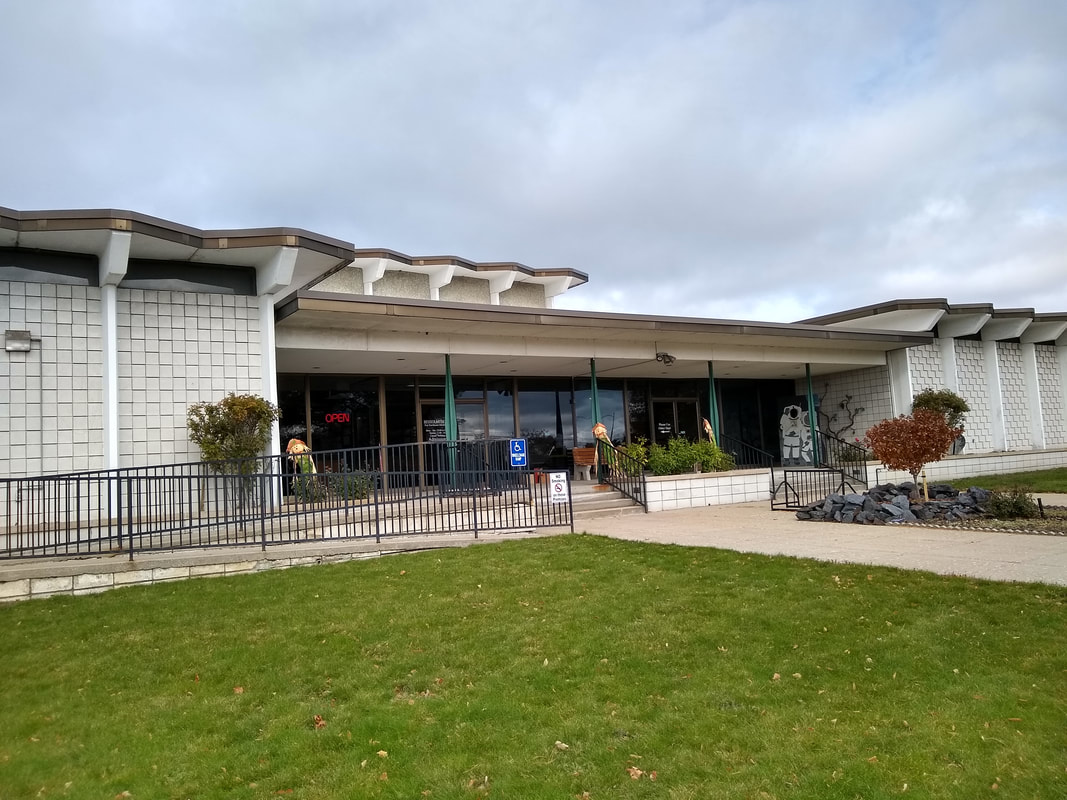 The factory is still standing but is not open to the public.  It is part of the Besser Company World Headquarters.
​Address: 801 Johnson St. Alpena MI

While the plant was being built the work was already going on at the machine shop of W.C. French at the foot of Chisholm Street which is where the demonstration car (an Alpena 35) was assembled.  Below is a picture of French who had a chance to sit on an Alpena Flyer years later... 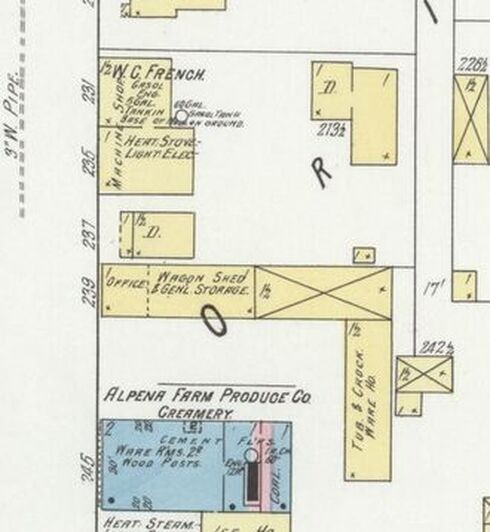 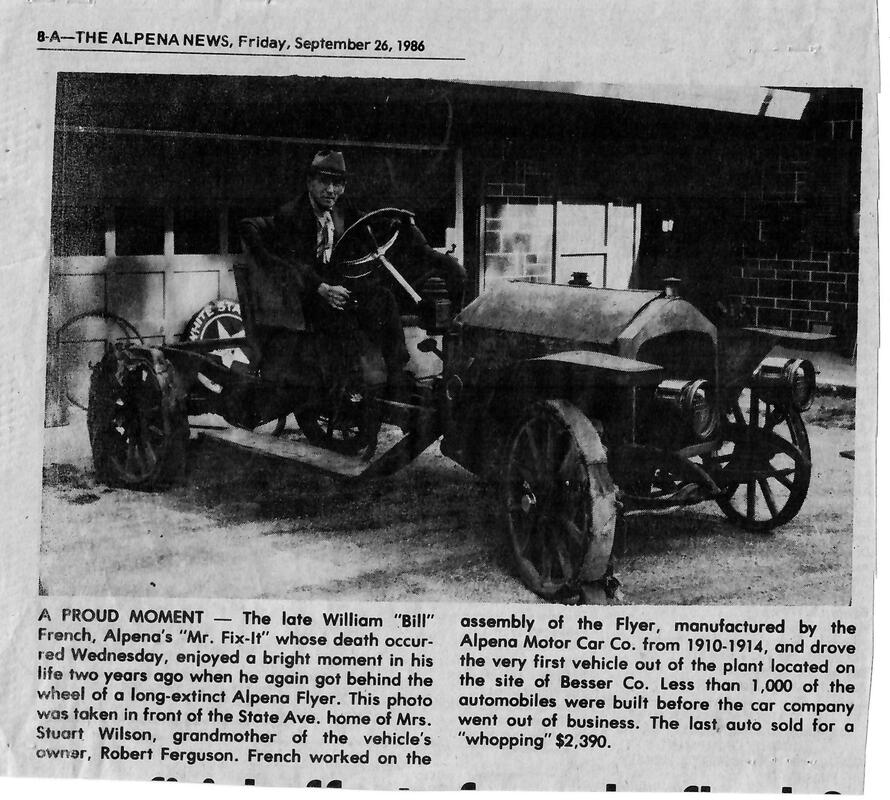 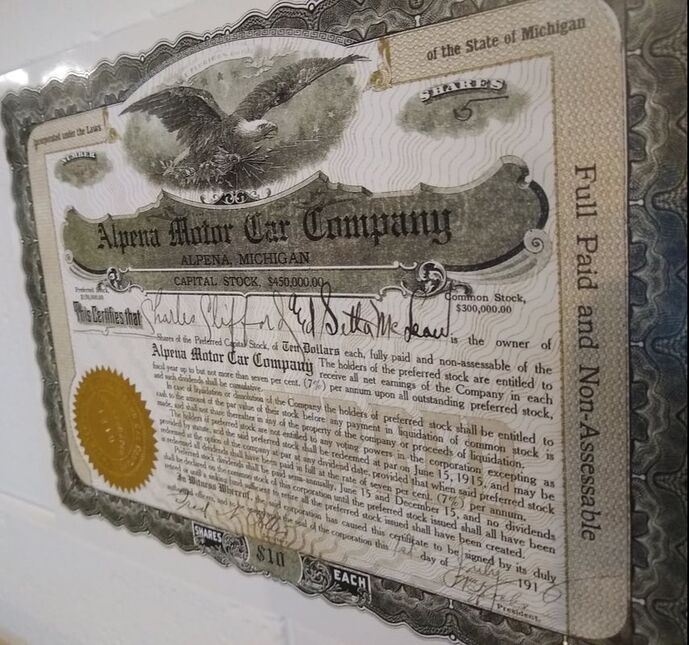 The factory is built by The Northern Planing Mill Company and ground breaking was held July 16th, 1910.. 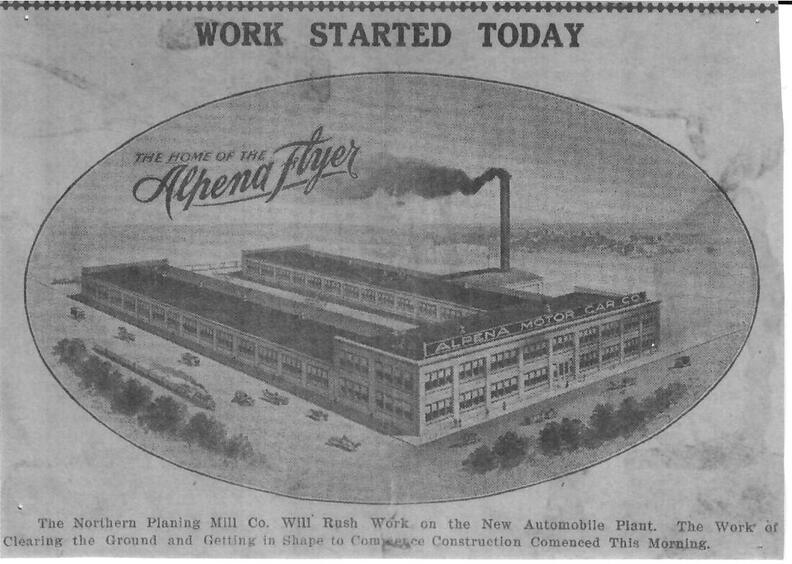 Assembly and production begins at the plant on Monday October 24th, 1910... 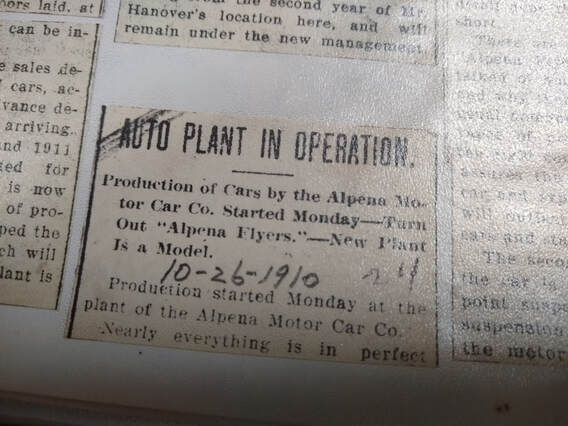 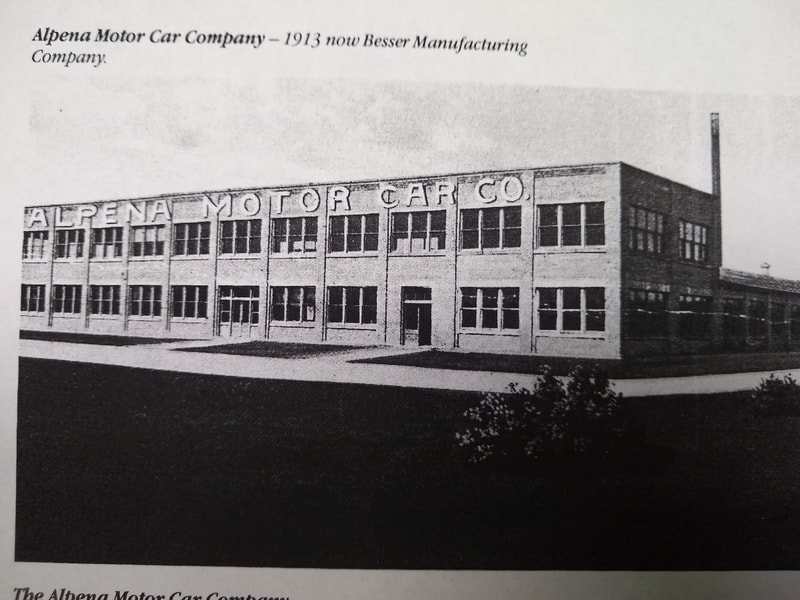 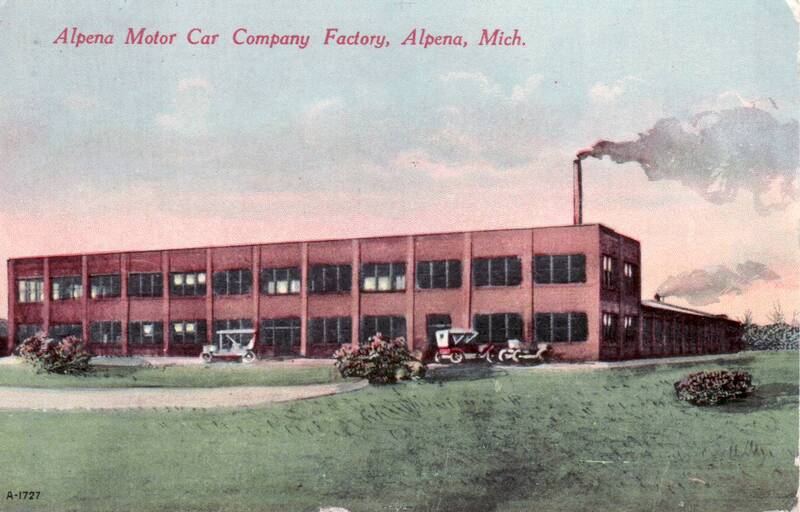 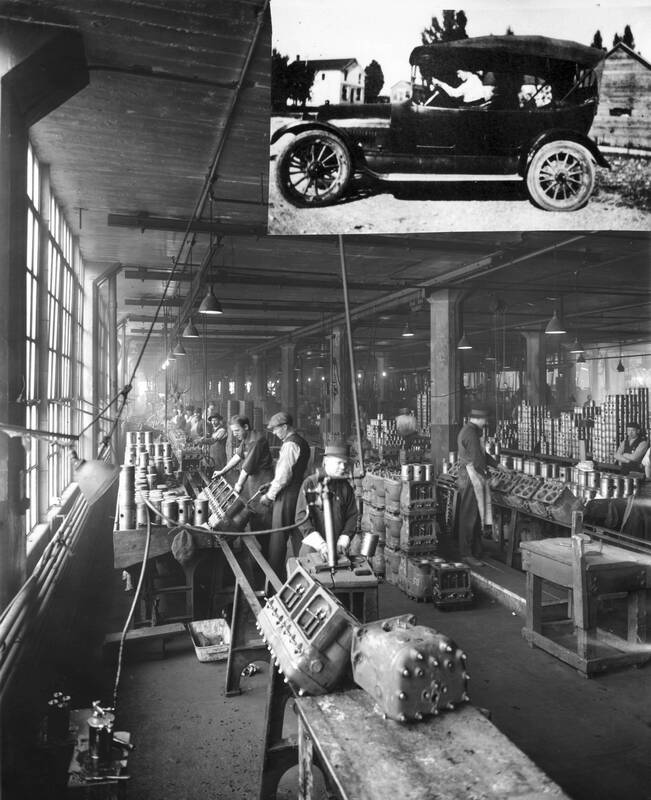 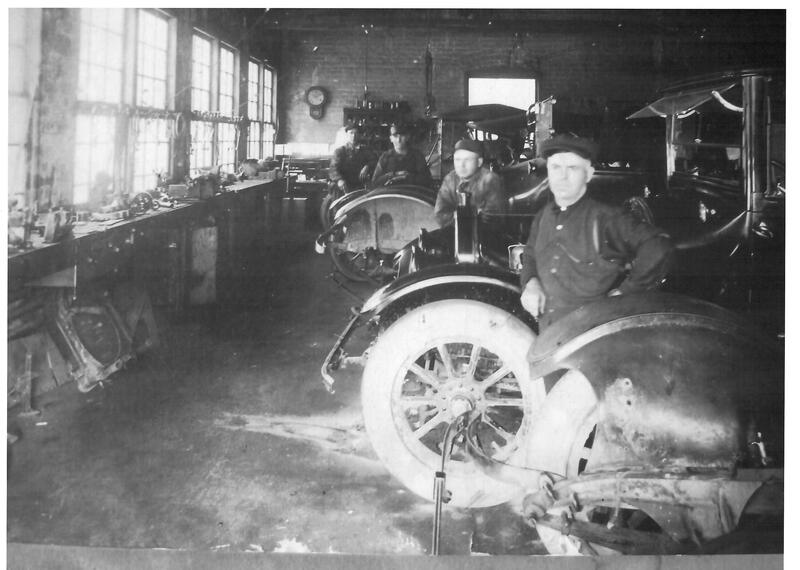 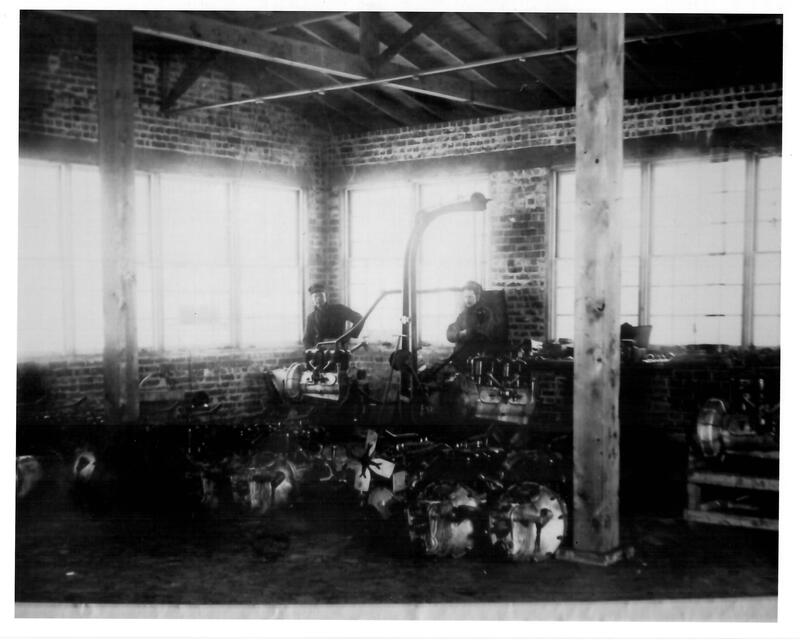 A manual was given out with each and every vehicle just as it still is today.  These manuals are from the 1911 and 1912 model years courtesy of the New York Public Library...

This photo shows the testing of the vehicle by the office staff and Mr. Nunneley one of the board members. 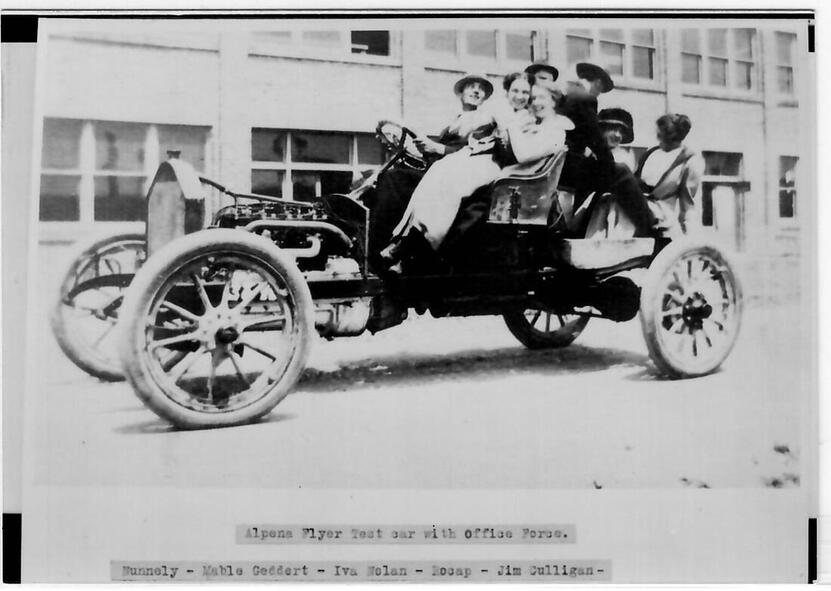 The Alpena Flyer was among the cars being displayed at the New York Auto Show in late 1910 as were a couple of local competitors including cars from Gaylord and Flint.
Some of the advertising of the Alpena Flyer is shown below.  It wasn't long until dealers were popping up all over including many in New York and 1510 Chesnut St and 21st & Market in Philadelphia... 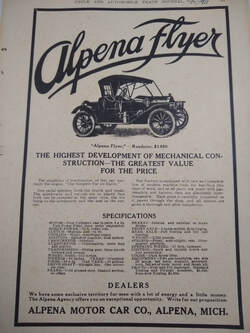 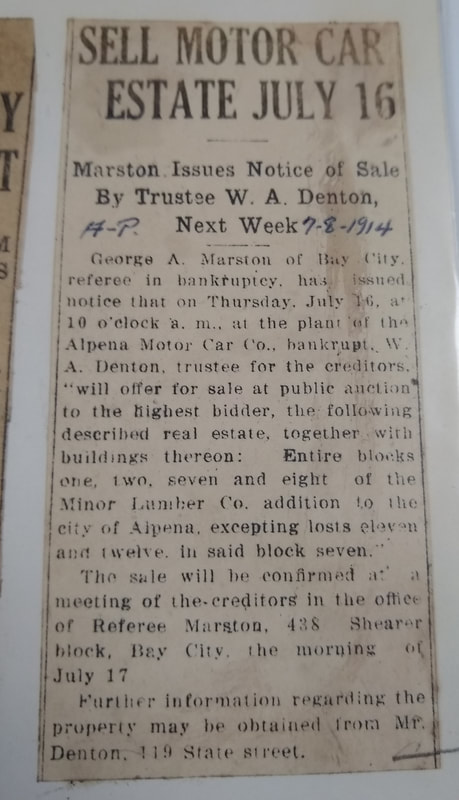