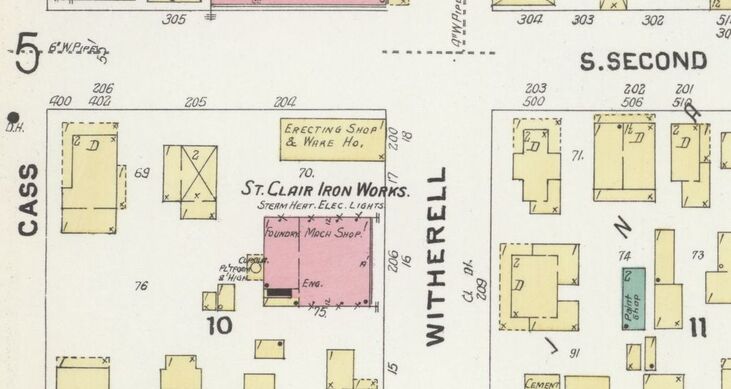 There are no Beebe vehicles or parts known to exist.  The only remaining artifact that is known from the St. Clair Iron Works is one receipt that happens to be from 1910...the year the cars were built.  You can see this and learn more about the history of the St. Clair and the surrounding area at the St. Clair Historical Museum.
Address:  308 South 4th St, St. Clair, MI 48079
Phone:  (810) 329-6888
Website:  www.historicstclair.com/

Martin L. Baldwin and Jack(John) Beebe were two mechanical geniuses that started an automobile company in 1910.  Both men were prominent in the St. Clair and surrounding communities both before and after their attempt to keep up with Henry Ford, the Dodge Brothers, Ransom E. Olds, and others.  They would in fact set their own mark on the automotive and marine industries.
Martin L. Baldwin was born in New York in 1870 and his family moved to St. Clair in 1882.  In 1890 he started learning the machinist's trade under the direction of George Marshall who was the proprietor of the Iron Works at the time.  In 1892 he left St. Clair and went to work at the Kimball Engine Co. where he remained until around 1897... 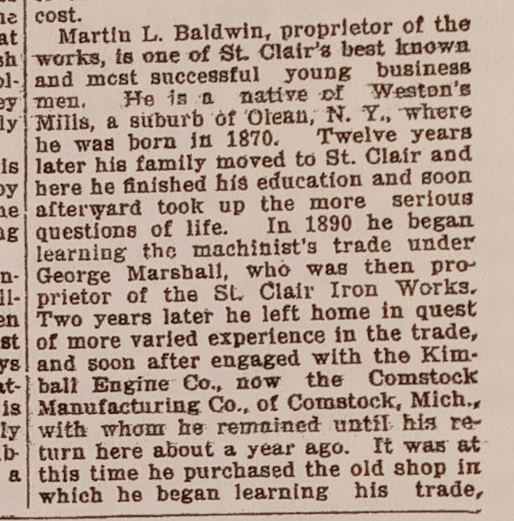 In 1900 he himself became the owner and operator of the St. Clair Iron Works...

Baldwin and his father had their hand in other things as well.  John Baldwin operated a livery in town for many years.  Together they operated a bus line driving passengers to docks, hotels, and more and acted as agents for the Rapid railway...

Martin was interested in automobile engines working on and experimented. with them earning a stellar reputation for his skills... 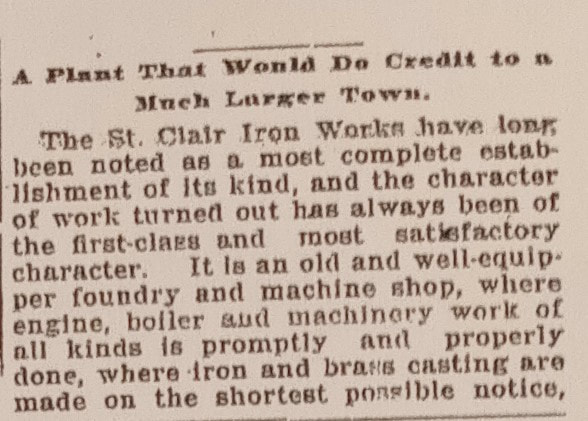 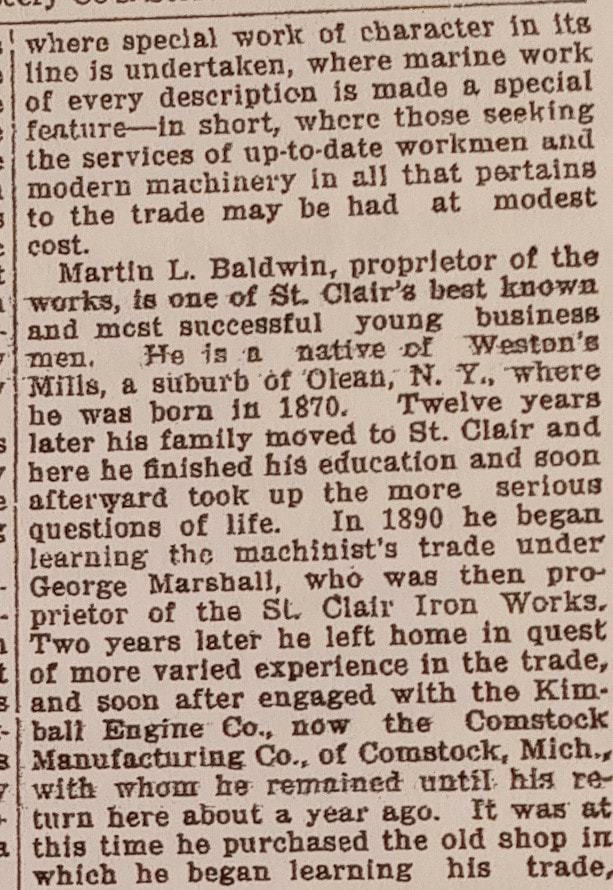 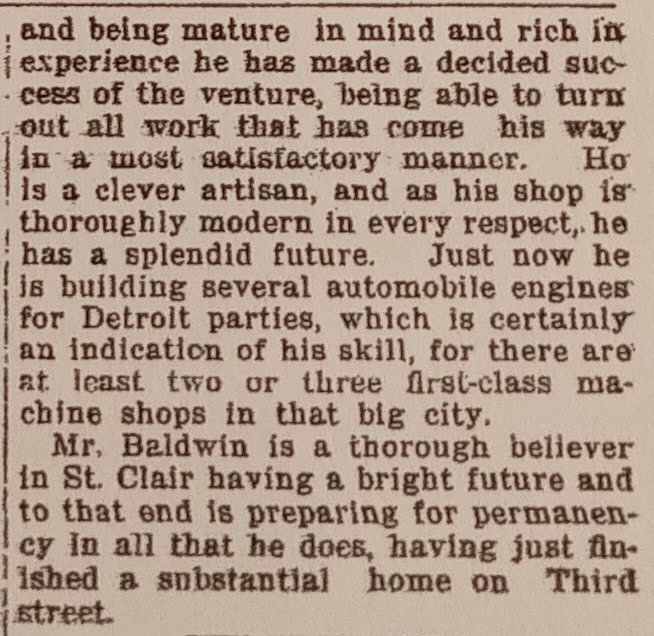 Baldwin would go on to do even greater things with Beebe designing an engine for C. Harold Wills and his Wills Ste. Claire automobile.  Wills was the designer of the Model "T" and many other Ford vehicles but left Ford in 1921 to start his own company in Marysville.  He also designed the lettering in the current Ford Blue Oval Logo... 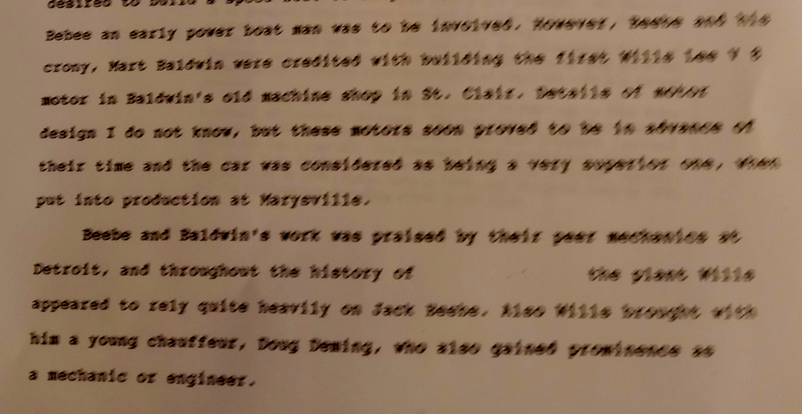 Beebe was also quite successful before he and Baldwin met.  Their family had been in the ship building business for many years.  Jack had been building boats with his brother Martin and another partner, Salsbury, as seen here in 1905...
In 1907 the business was listed with only Martin Beebe and Salsbury.  Jack was tinkering with many things at the time including what appears to be a predecessor to the snowmobile in 1908 that could reach speeds of 70 m.p.h...
In 1910 Baldwin and Beebe got together and would build a vehicle.  It was announced that they were working on a car for a firm in Detroit although it is not known exactly who.  The story states the vehicles were being designed by Beebe and had a new style transmission.  There were reported to be orders for 5 more and the vehicle would sell for $500... 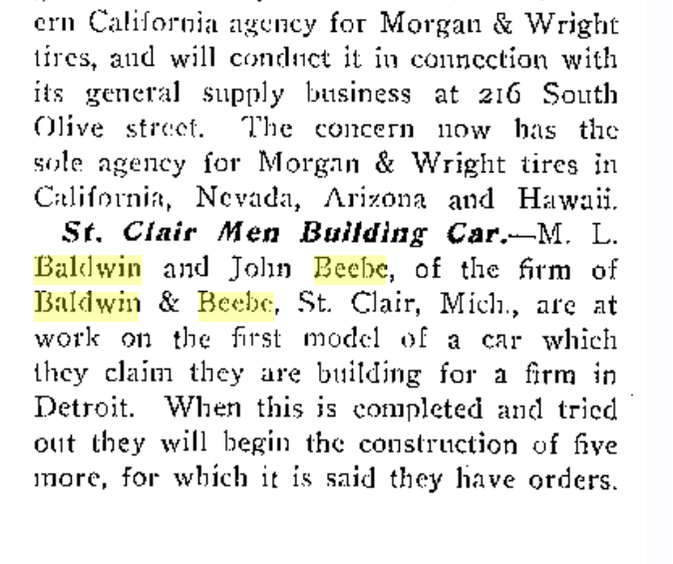 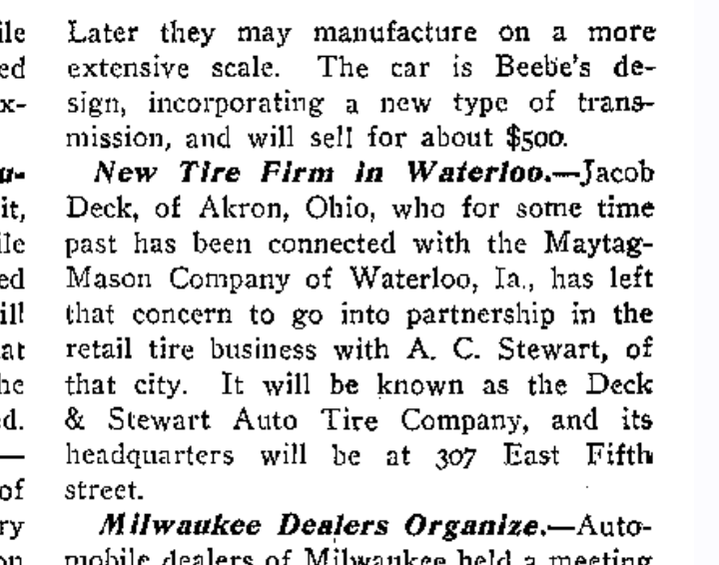 There is no other known information about whether the vehicles were actually built.  Beebe went on to do many great things in his career.  He and his brother Martin continued to build boats for Chris Smith at Chris-Craft which was located in nearby Algonac.  Beebe built and piloted the winning boat in the 1915 Gold Cup and was the first to build and pilot a boat to exceed 70 m.p.h..  He built a boat for C. Harold Wills who was Henry Ford's right hand man and as stated above designed and built the first Wills engine with Baldwin.  Beebe went on to be chief engineer for the Wills Ste. Claire until the plant closed in the late 20's. 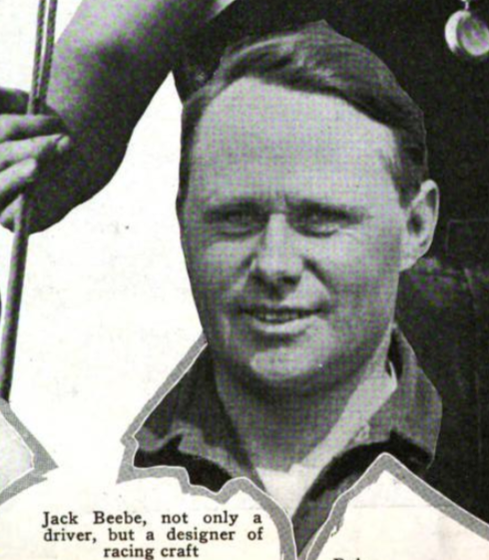 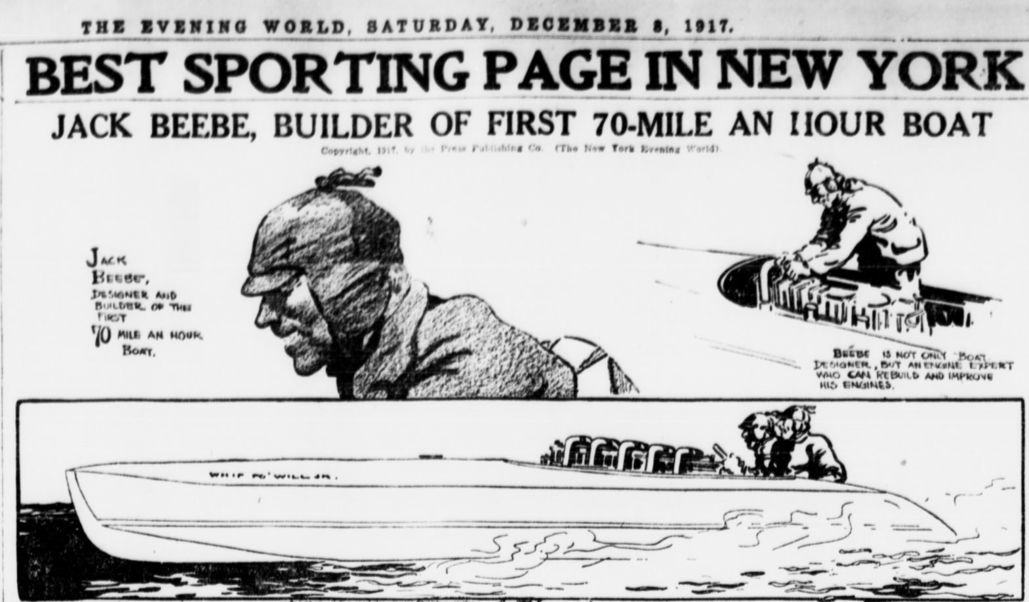