There are at least 2 examples of Acme trucks in existence.  You can see one example and learn more about the Acme Motor Truck Company at the Wexford County Historical Society Museum.
​Address: 127 Beech St., Cadillac, MI 49601
​Phone: (231) 775-1717
Website: https://www.wexfordcountyhistory.org/ 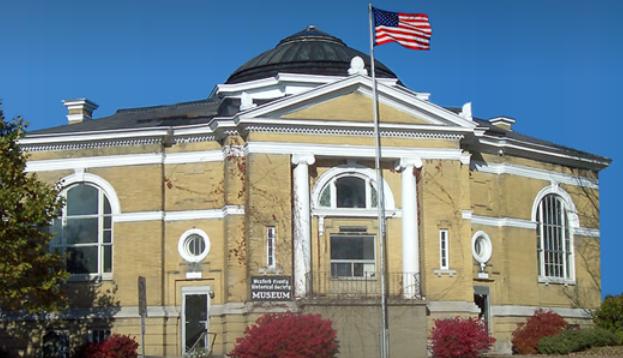 In 1901 Kysor bought William McAdie's machine shop and later named it Cadillac Machine Company in 1905.  This was also the site of the original Acme which was on the N.E. corner of Lake and Harris Streets.  The factory is no longer standing. 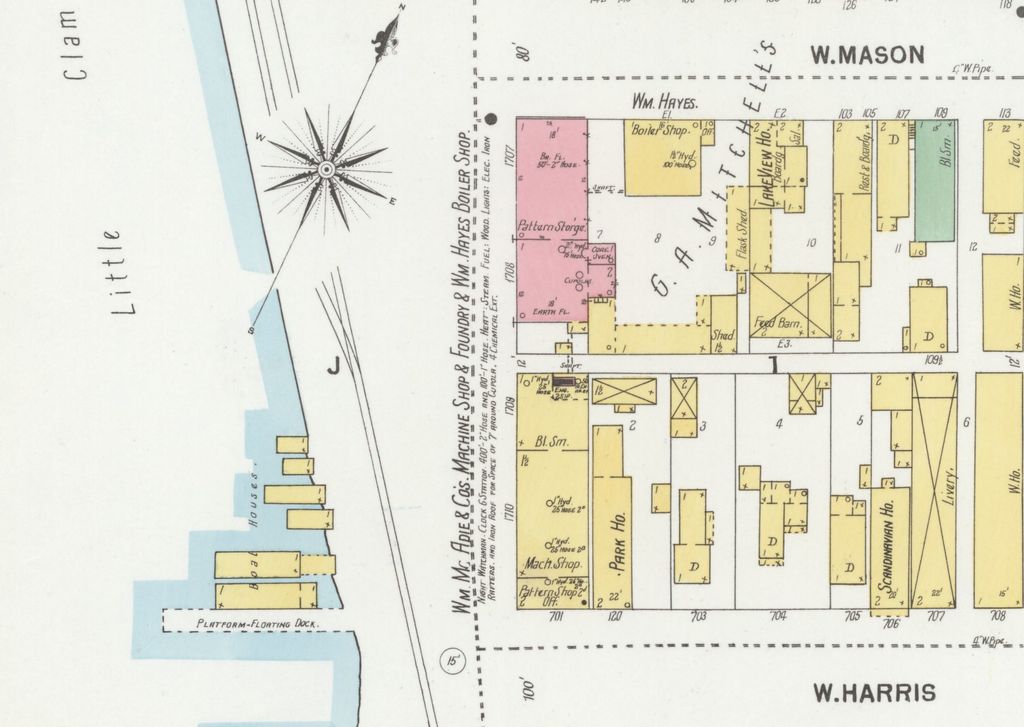 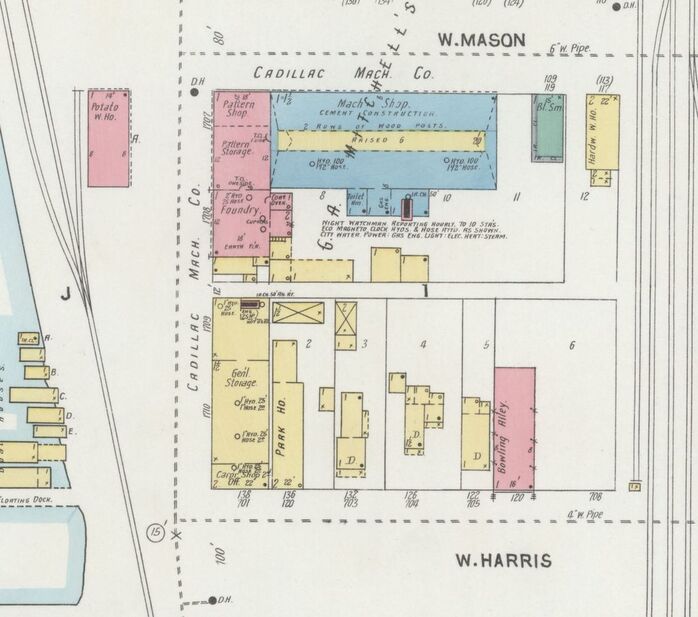 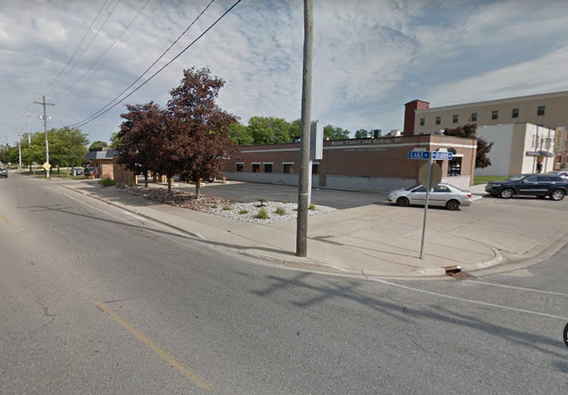 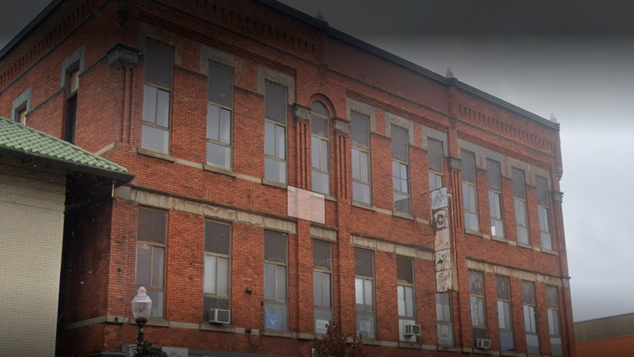 The second factory location is not open to the public.  It is where AAR Mobility Systems sits today.
Address: 201 Haynes Street, Cadillac MI 49601

Walter Kysor had been around Cadillac for some time before starting a truck company.  He bought W.M. McAdie & Company in 1901... 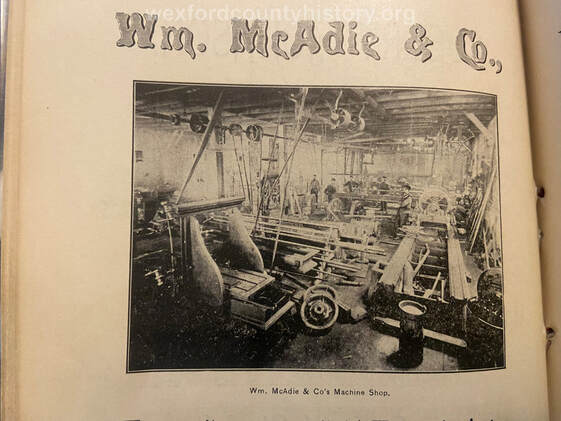 In 1905 it was renamed the Cadillac Machine Company... 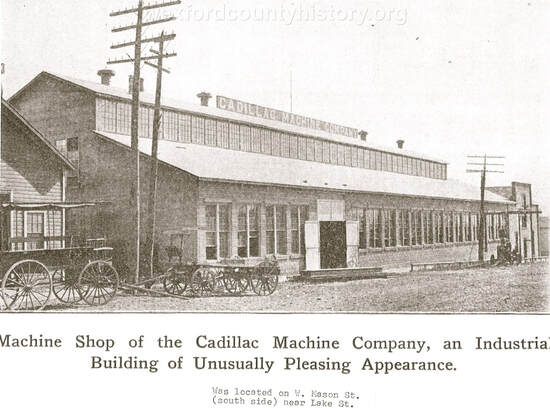 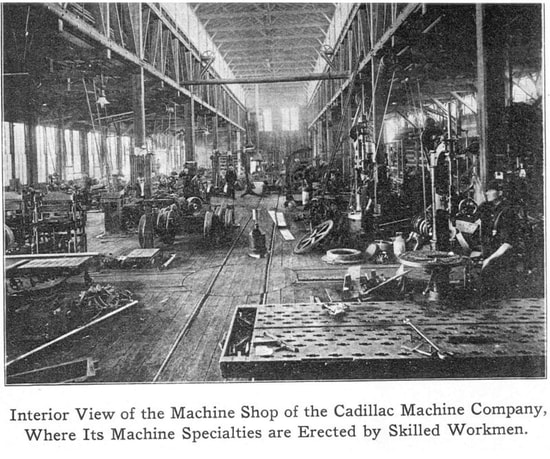 The idea of a truck company was pitched August 5th, 1915 at a meeting of the Cadillac Board of Trade.  Republic Truck in Alma was already booming which gave the idea steam... 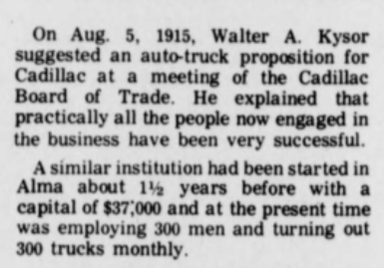 August 19th and 25th saw final plans come together to start the company.... 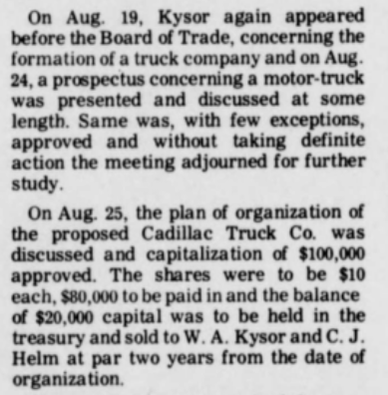 $100,000 in stock was the initial investment in the company...
The company was organized September 1st, 1915 and the first truck was produced December 15th.  The temporary quarters for the factory were on site of the Cadillac Machine Co.... 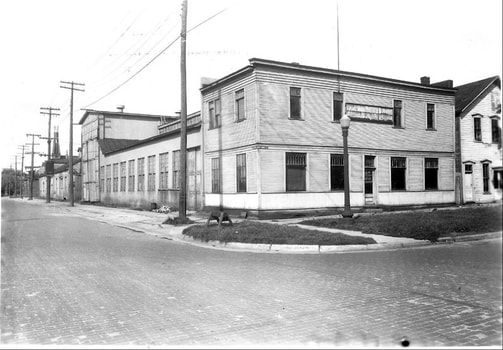 The first Acme truck was purchased by Charles Foster of the Charles J. Foster Storage and Crating Company.... 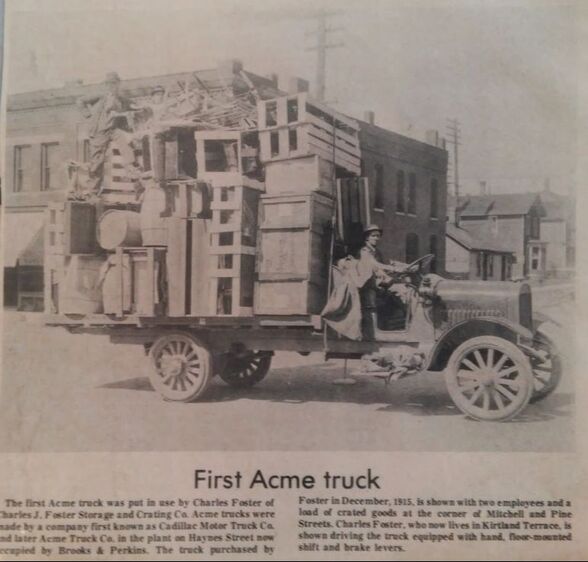 Here is a letter written on the original letter head before the name was changed to Acme.  General Motors told Kysor on December 2nd that "Cadillac Auto Truck Company" could not be used to prevent a conflict with the Cadillac name...

This letter is an example of a pitch to open a distributor in Sault Ste. Marie located in the Upper Peninsula in Michigan... 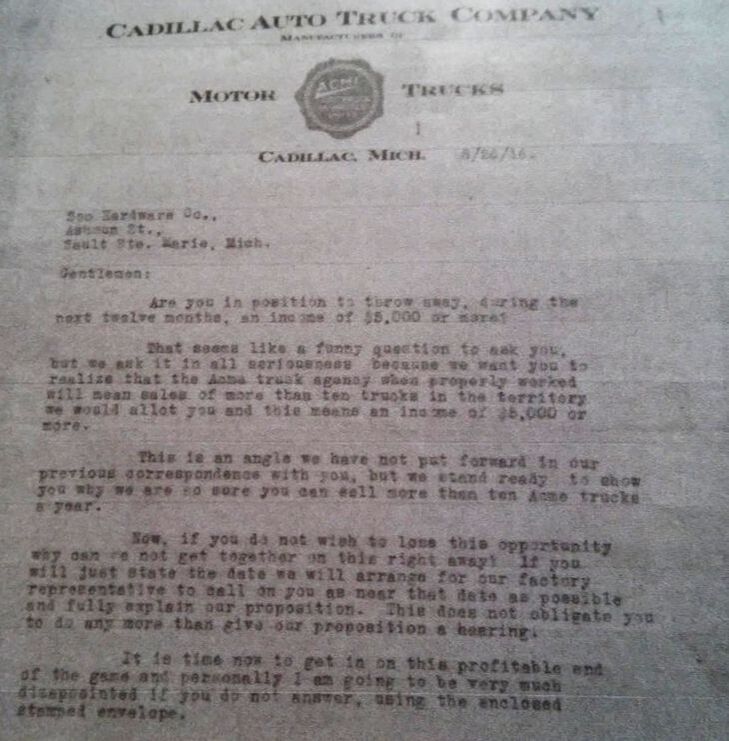 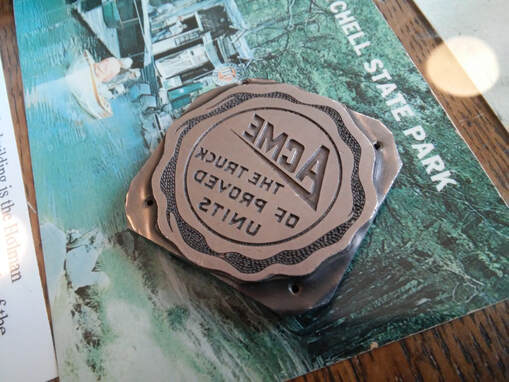 The name was changed to the Acme Motor Truck Company and the slogan became "The Truck of Proved Units" as shown on this company stamp... 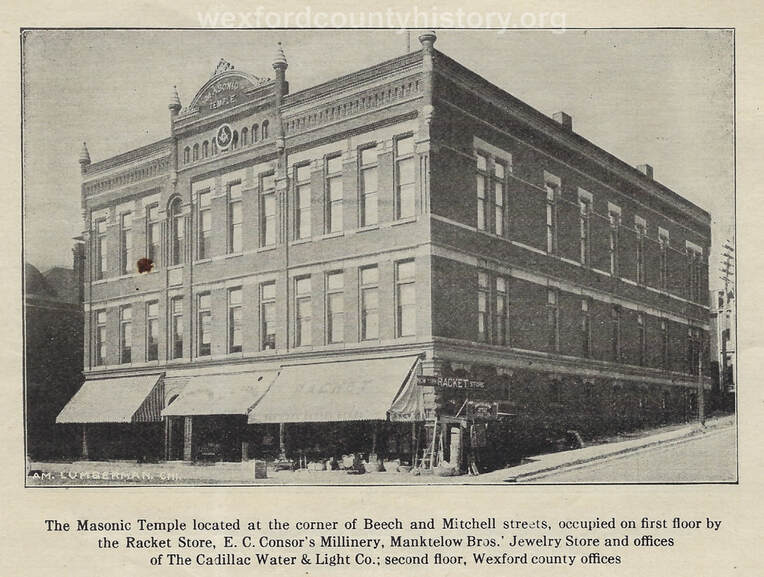 A new plant started to be built in 1917 and by early 1918 the company moved to their new location. Offices were moved from the old factory to the Masonic Building...
The company expanded rapidly and had sales branches in Philadelphia, Cleveland, New York, Toronto, as well as agencies on the west coast.  Many ads were put out as well as "Acme Angles" which were small booklets with news about the company and industry...

Another publication that was celebrated was the "Pointers to Profits" literature which was released in 1920... 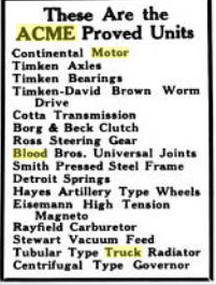 Acme made trucks with many of the best parts on the market and a good warranty.  One of the selling points of Acme was they were one of the first companies to offer hydraulic brakes.  Early models had u-joints made by the Blood Brothers who were also the architects of Louis Chevrolet's race car.

Some of the many customers of Acme were the city's fire department and Consumers Energy...
Acme Trucks were shown in all of the big auto shows including New York and Chicago.  This ad appeared in early 1920... 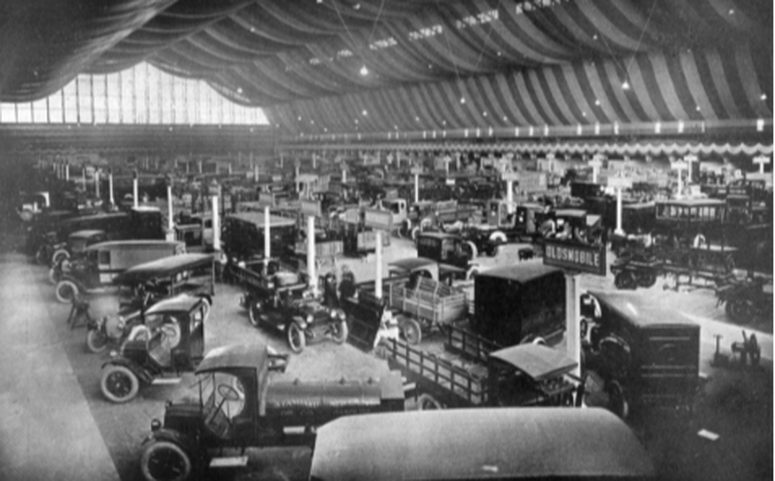 It was announced in April of 1920 that Acme would build a new wing to the plant...

The good fortunes of the company continued on through the 1920's as more companies and customers were reaping the benefits of a solid, reliable truck...
By September of 1923 Kysor had resigned and C.J. Helm had taken over as General Manager... 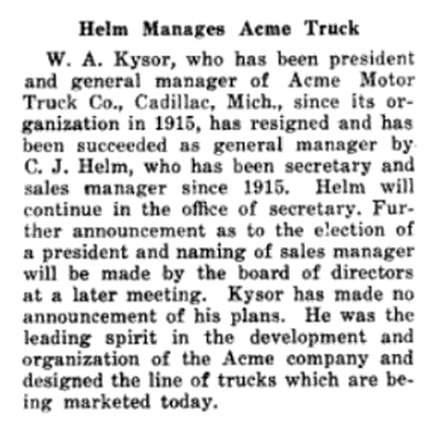 The peak years for Acme were 1926 and 1927 where the company had 500 workers and produced 2000 trucks a year.  They were also in the bus building business and models were known for their great safety features like warning lights and large headlights.
It is said that changing conditions and less need for heavy trucks made the company start to fail.  On September 7th, 1929 a receiver was appointed for the company and it was hoped that it could reorganize.  On January 6th, 1930 the receivers sold the company to a group mostly made up of the company's creditors.  The company resumed operations and reported on January 9th, 1931 that they had received orders but it didn't work out.  The company shut down for good in 1932.