No known examples of the Cass Truck exist today.  The factory was taken over by Mueller Metals(Mueller Brass). One building that was built by Mueller still exists.
​Address:  1024-1031 Lapeer, Port Huron, MI 48060 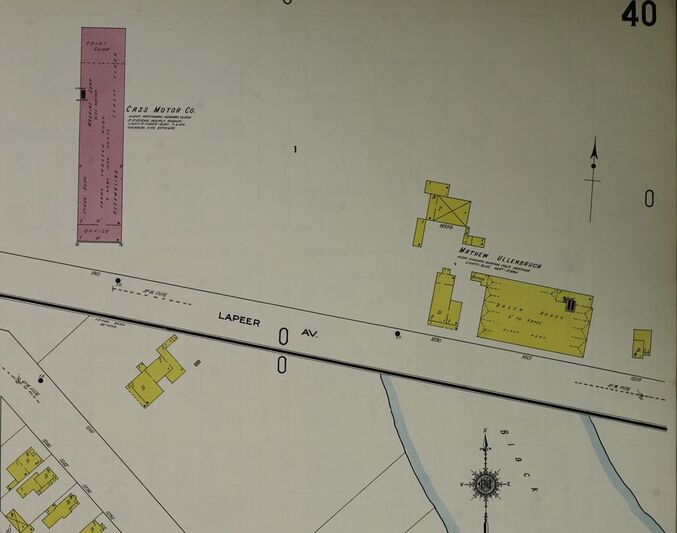 Cass Truck was formerly organized in Detroit in early 1910 and had already built a few sample wagons before getting started.  They were to build general delivery and laundry wagons, ambulances, police patrols, fire trucks, sight-seeing cars, and heavy transportation vehicles...
Cass was showcased in the auto and truck shows of Detroit and New York...
The specs were promising for trucks of that time and their ads were simple.  It was announced that a distributor would be set up in Ohio...
The 1912 models were upgraded for the new year and the ads got more elaborate...
The company seemed to be moving along without trouble but It was rumored that Cass would be reorganized in August of 1914...

The company was indeed completely reorganized as Cass became the Independent Motors Company in 1915 stating that the reason for the move was to better care for its growing business.  They would sell trucks under both names...
By 1918 Independent was bought by investors and was moved to 1636 Wilson Ave., Youngstown, Ohio.  The company assets changed hands after it sold its building to Mueller Metals which would later become Mueller Brass...
They continued to sell trucks until at least 1921... 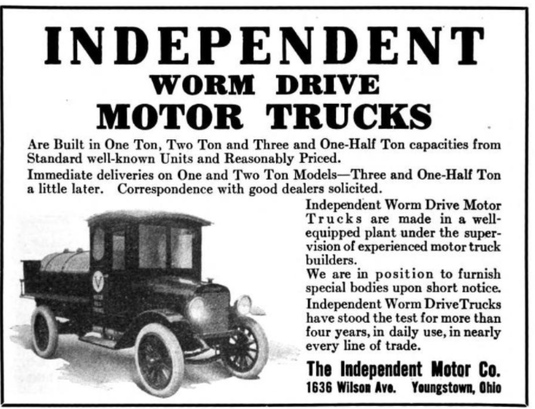