The fate of the Elston is unknown.  You can find out more about the Elston and the history of the Charlevoix area by visiting the Charlevoix Historical Society.
​Address: 103 State Street, Charlevoix MI 49720
​Phone: (231) 547-0373
Website: https://chxhistory.com/
Elston built his vehicle on the second floor of his house.  He did live at 104 Park Ave.(what was Main Street then) but sold his house in 1893.  A census of 1900 still shows Main Street as his residence.
​Address(Approx): 104 Park Ave., Charlevoix MI 49720
Elston exhibited his vehicle at the store of J.S. and Baker Company.  It was located where the movie theater is today.
Address: 107 Antrim Street #1305, Charlevoix, MI 49720 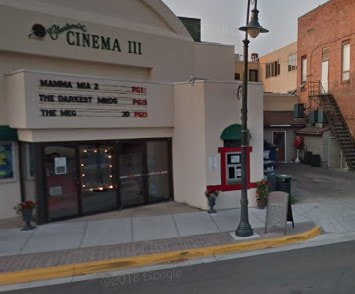 Elston owned a hotel in town.  The building is no longer exists but once stood where the Olesons Plaza sits today.
​Address: 112 Antrim, Charlevoix MI 49720

Robert W. Elston was an inventor who was born in England and worked in the wagon industry at a young age.  He was one of the early builders of a "horseless carriage" completing it in 1895 and had plans to enter the vehicle in the first recognized automobile race in the United states which took place in Chicago in November of that year.  He first tried electric power and later a gasoline engine but could never get the vehicle to travel further than a block or two.  Although he did not make the race deadline, he did exhibit the vehicle in town at a local blacksmith and implement shop.  Elston also had a patent for a self propelling vehicle but seemed to have given up the automobile business for the hotel business which he was involved in both before and after his stint with automobiles.

Robert W. Elston was born in England in 1839 and came to North America around 1854.  He spent his early life working in the wagon business which is most likely where his interest in making a self-powered wagon started.  He would move to Walker right outside of Grand Rapids and enter the hotel business... 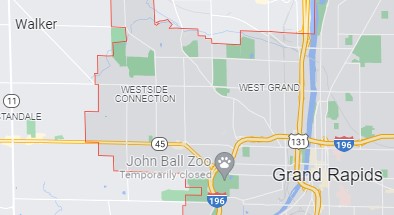 The first official recognized vehicle was made by Carl Benz and patented in 1886 but another inventor by the name of Thomas Clegg from Memphis, MI constructed the first vehicle in Michigan and perhaps the United States in 1884-1885.  The event was so significant that Henry Ford offered to buy the building and move it to Greenfield Village...

In 1893 Elston began building the "Elston Electric Road Wagon" in the upper portion of his residence.  It would be have room for a driver and two passengers, could reach speeds of twelve miles per hour, and run nine hours.  It was hoped that like many other northern towns, Charlevoix would be the next Detroit or at least support a sustainable industry.  The story would first appear in the Charlevoix Sentinel on March 14th, 1895...

The location where the vehicle was constructed is not quite clear.  Elston sold his residence on Main Street in 1893 to John S. Baker however the 1900 Census still shows his address on that street and lists him as a landlord...

By July Elston was on the hunt for an alternative way to power the wagon and was on his way to Racine, Wisconsin to consider the Remington hot air motor.  This was due to the announcement of the first official race in the United States proposed by H.H. Kohlsaat, the publisher of the Chicago Times-Herald.  He wanted to have a race similar to the one just held a few weeks earlier in Paris.  The race was originally scheduled for July 4th but was pushed back as only one machine was ready...

Almost 100 partcipants were scheduled to compete in the race including others from Michigan.  The Sintz Gas Engine Company from Grand Rapids also had an entry in the race.  Clark Sintz was a pioneer in gasoline engines and provided engines to 2 of the most important vehicles in history with the most important being the first vehicle to drive down Detroit streets in 1896 by Charles Brady King...

​The Mueller entry would hail from Illinois but would contribute to the development of the automobile and later have a Michigan connection.  Hieronymus Mueller would develop an early version of the spark plug and driver Oscar Mueller would start Mueller Brass in Port Huron helping manufacture munitions for WWI...
On September 11th, photos were taken of Elston's vehicle for the Chicago Race.  No known photos of the wagon exist but there are drawings of the vehicle which appeared in articles about the race...

A Pennington gasoline motor was ordered probably due to the hot air motor not being practical.  The design of the motor was of great importance as it also inspired Henry Ford's efforts in his own Quadricycle.  kane-Pennington would also have entries in the Chicago race that was now to take place November 2nd...
The race was delayed once again until Thanksgiving.  On November 2nd, a smaller race was run so as to not disappoint the spectators but only four vehicles would enter.  The Kane-Pennington vehicles would not run the race but instead would be on display making the contest between Duryea and Mueller which Mueller won...
On November 21st it was announced that the Elston would be on display at J.S. Baker & Company's store.  With the Chicago race a week away it was apparent it wouldn't be ready.  Again the town had hoped that Charlevoix would become an industrial power with the Elston at the center...
On November 28th, Thanksgiving Day, the official race took place with only six cars participating...
The winning car of the race was a Duryea.  Charles E. and J. Frank Duryea were early pioneers in the automotive field.  They opened the commercial period of the automobile industry by being the first organized American company for the manufacturing of gasoline automobiles and the first to attempt to build and sell automobiles for a profit. They built a prototype in 1893 which now resides in the Smithsonian Institute.  The second car built in 1895 was entered into the race and was built entirely by J. Frank.  This car was one of 13 built and one example still exists.  It is currently at the Henry Ford Museum in Dearborn, MI.

Elston went on to tinker with automobiles including a patent of a self-propelling vehicle...

Going back into the hotel business, Elston and his wife opened the Hotel Elston in 1898...

November of 1900 was perhaps the last of Elston's automotive involvement.  He is credited with a patent for a driving gear for motor vehicles...

Robert passed away in 1917 and his wife Louise in 1949.  It is only her obituary that credits Robert with being an "inventor of one of the first horseless carriages".  Mr. Elston was a true automotive pioneer indeed...
​