Chris Craft and the Beebe Brothers

chris-craft and the beebe brothers

Chris-Craft started in Algonac, MI in 1910.  Chris Smith had been building boats well before that and his vision, much like Henry Ford, brought pleasure boating to the world.

In 1907 Chris Smith was building boats with his brother Henry(Hank).  The company wouldn't become the "official" company until 1910.  The location of the company was at the waters edge where a monument stands today.
​Address:  1396 St. Clair River Drive, Algonac, MI 48001(Approximate) 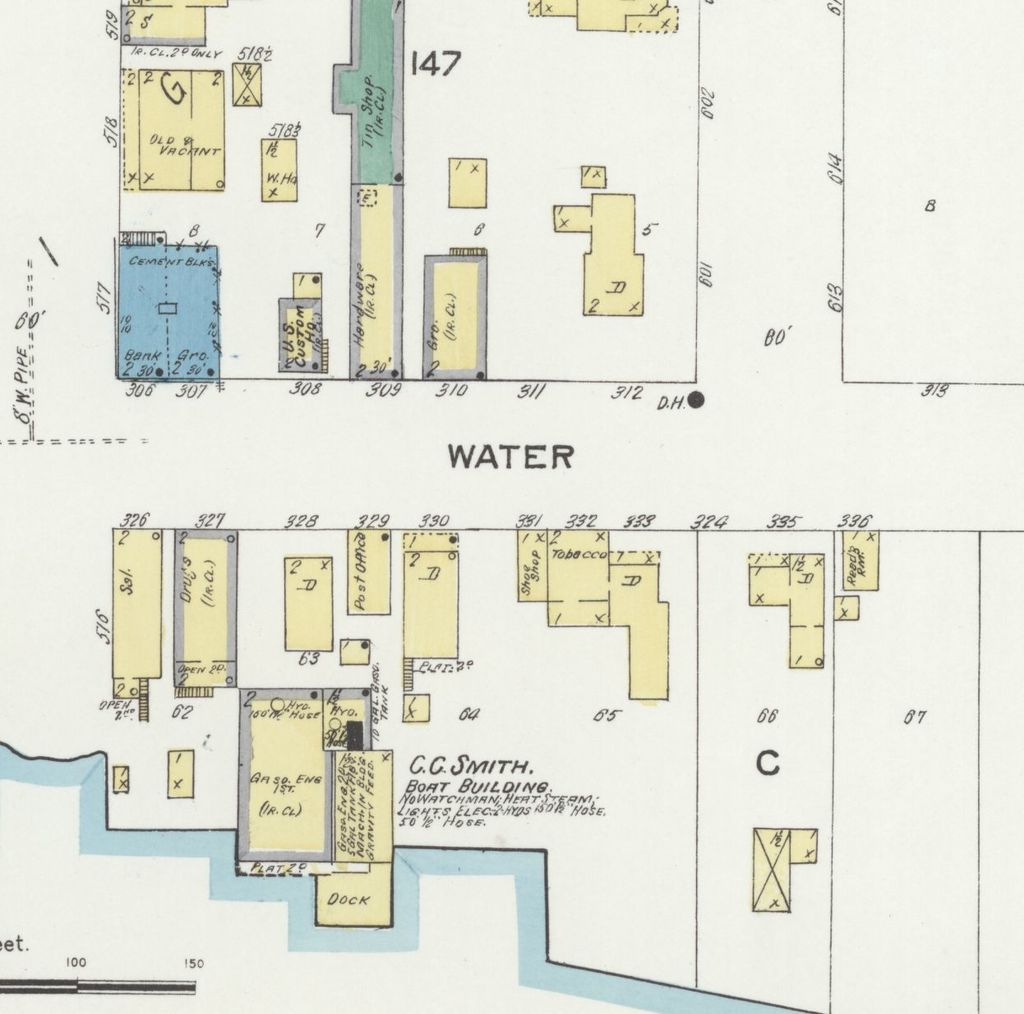 The company would officially start life as the Smith-Ryan Boat and Engine Company and would remain that name until 1922.  There is one building that remains standing from that era.
​Address:  329 Columbia Street, Algonac, MI 48001
In 1922 the company became Chris Smith & Sons Boat Company and finally in 1924 Chris-Craft as it is known today.  The property is now a marina but two of the original buildings still stand.
Address:  1999 Pointe Tremble Road, Algonac, MI 48001 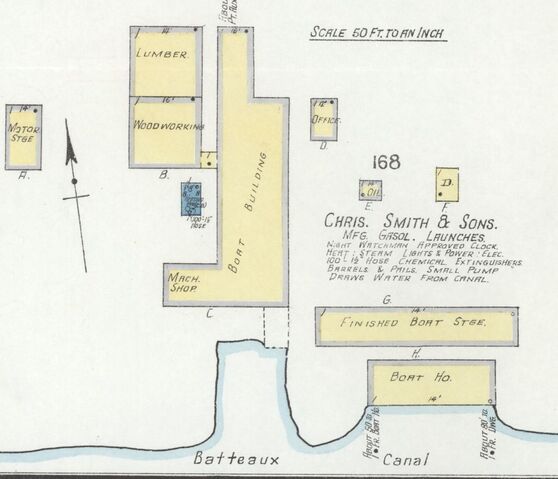 Christopher Columbus Smith was born in 1861 and began his boat building career in 1874 at the age of 13.  His boats were referred to as "punts" or "skiffs" and his reputation soon grew as a master boat builder.  He and his brother Henry(Hank) went into business together to keep up with demand and lay the groundwork for what would become Chris-Craft.  They are listed as boat builders as early as 1899.  Chris Smith was also the postmaster in Algonac... 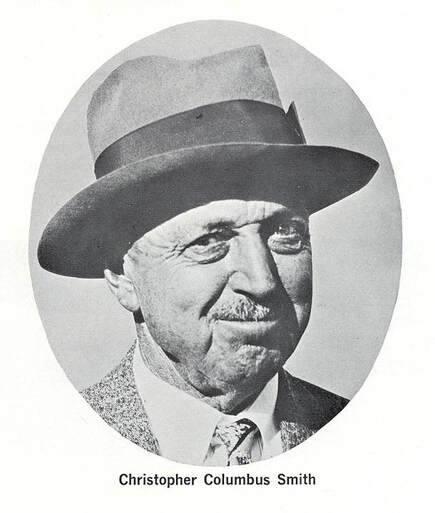 Smith had received an order for a race boat from a wealthy Cincinnati businessman named John Ryan who had been interested in racing on the St. Clair River.  The two built race boats together such as the Reliance I and the Reliance II which became part of their overall goal of the company.  Ryan wanted to build not only the race boats but also boats for the general public much like Henry Ford was doing with automobiles... 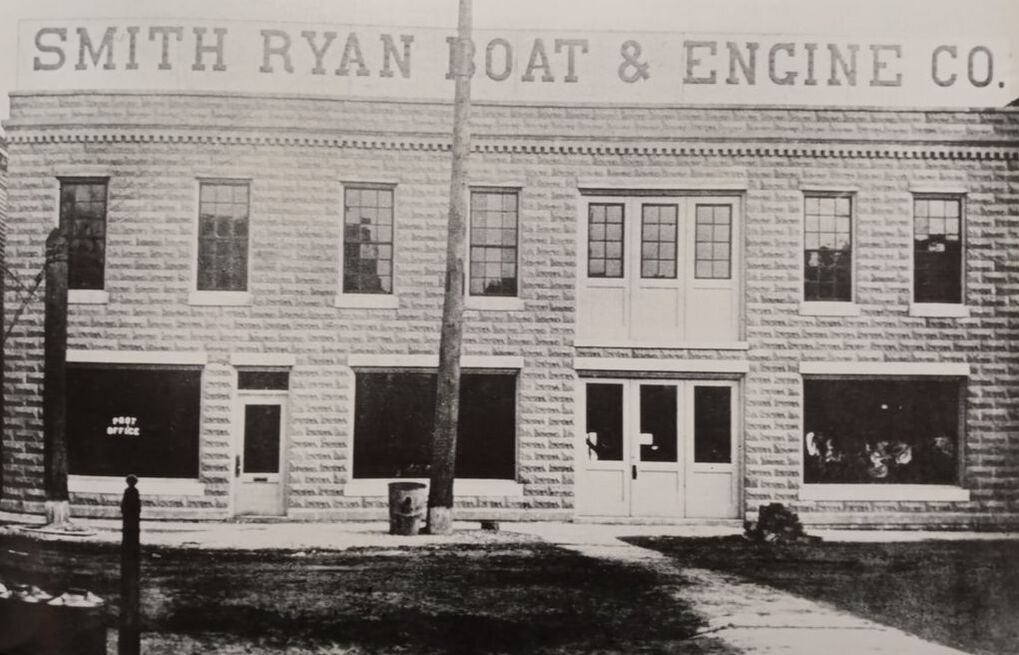 Ryan continued to develop the race boat program but after some bad financial decisions was nearly bankrupt.  Soon Ryan and Smith parted ways but the company would continue on.  A man named Garfied "Gar" Wood who had become interested in racing and boat building himself would come forward and purchase the business.  He had made his fortune with a patent on the hydraulic mechanism for dump trucks which is still used today...
Wood had purchased a boat that Smith had made at his factory called the Miss Detroit.  Smith had a couple excellent boat builders working for him from Marine City who were instrumental in their racing success.  Jack(John) and Martin Beebe had their own boat building business as early as 1905.  The two brothers were winning races including the Gold Cup and setting records on the ice and the water with their machines.  Smith and the Beebe's are responsible for bringing hydroplane racing to the Detroit River which had been held in New York in the early years...

Smith, his sons, and Wood were selling boats to wealthy customers while traveling the world and setting speed records.  Jay and Bernard Smith convinced their father to part ways with Wood so they could follow in the footsteps of Henry Ford and build boats for the common man at a reasonable price... 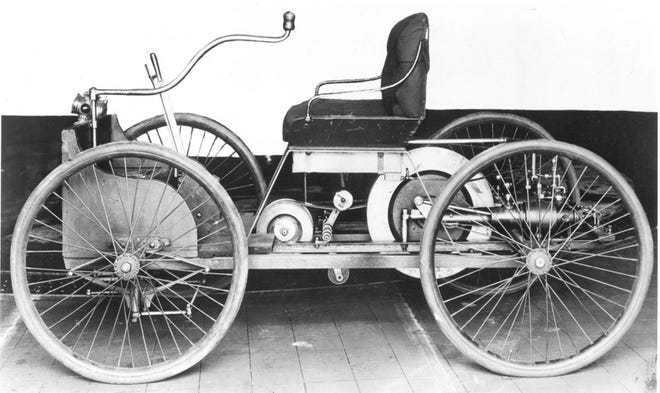 Photo Courtesy of the Henry Ford Musuem
Chris Smith and his sons bought twenty acres of land not far away from the original factory site and renamed their company Chris Smith & Sons Boat Company which officially opened in 1922... 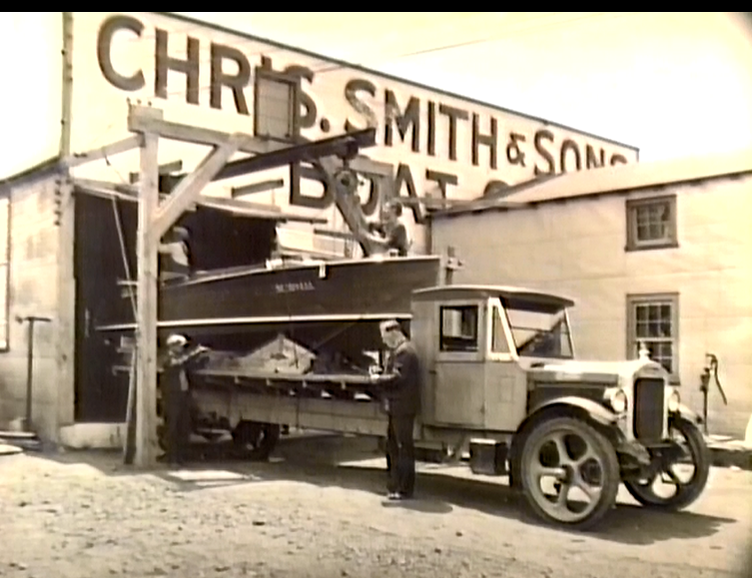 The Smiths were building their own boats but were also building hulls for Gar Wood's "Baby Gar" boats as well as working on and modifying his race boats.  Wood had come along and bailed out the company around 1916 but kept Smith and his sons on to run the company.  That relationship eventually dissolved and the two parties separated for good.  Chris Smith and his sons concentrated full-time on building affordable boats and helped usher in what we know as pleasure boating today.  In 1925 the company produced 111 units and it was Jay Smith's idea to name one model a "Chris-Craft" in honor of his father.  Soon after all models were known as the "Chris-Craft" and to keep up with demand the Henry Ford model of the assembly line was used...
Both Smith and Wood benefitted from the racing success of Wood.  Winning races and breaking records meant selling lots of boats...
In 1926-27 the company had started a network of dealerships and helped pioneer deferred payments so customers could pay over a year thanks to J.E.(Jack) Clifford who had come over from the Wills Ste. Claire automobile plant in nearby Marysville and would later work for Gar Wood.  Production continued to increase to approximately 1,000 boats per year by 1929 but there still was a backlog of boats so Smith turned to Walter Chrysler to build engines for some of the boats.  A new Chrysler Imperial marine engine was developed for the boats and both companies profited from the relationship of dealers and distributors all over the world.  Chrysler built engines for boats until around 1975 with some assembled in nearby Marysville.  The same plant also built the Hemi engine... 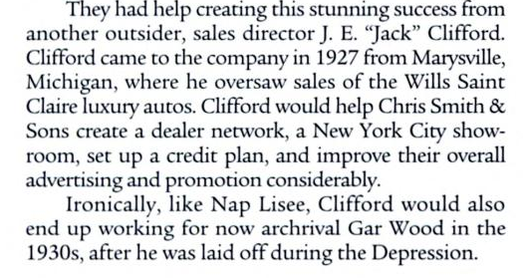 Perhaps the most important contribution the company ever made was to the war effort of World War II.  Many different engines and craft were being produced including marine engines, U22 utility boats, picket boats, command boats, target boats, quartermaster ships, and landing craft like the one pictured below... 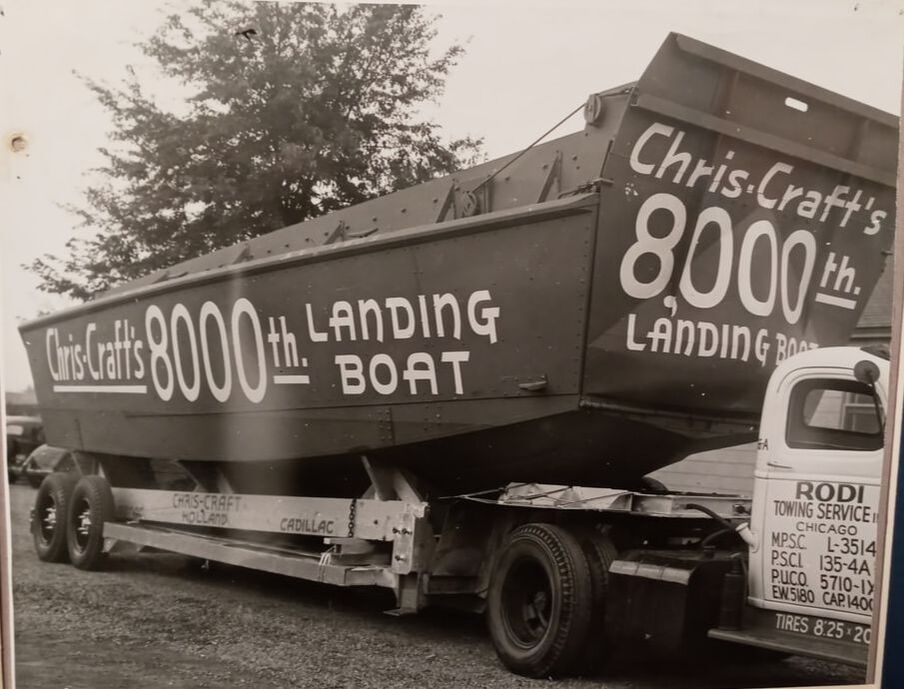 The company continued on building boats not only that families could afford but also wealthy clients enjoyed like the Firestones, DuPonts, and even Elvis himself.  They also marketed other products such as outboard motors, water skis, and kits to build boats or even small campers...
Jack(John) Beebe went on to become the head engineer for the Wills Ste. Claire automobile which was produced in Marysville as well as designing their engines.  C. Harold Wills who founded the company was the head engineer for Henry Ford and helped design the Model "T" as well as the script used today on the Ford logo...
Chris Smith, Gar Wood, and the employees of their companies are greatly responsible for the racing and pleasure boating industries of today.