It is not known if the prototype vehicle was completed or if it currently exists.
The factory location of the prototype is not known but A.H. Hopkins was the former superintendent at Cartier Chapman & Co.  The building burnt down in 1922.  Thompson Cabinet was built in 1925 and sits on the site today.
​Address: 510 Lake Street Ludington, MI 49431

A. H. Hopkins started out in Des Moines, Iowa with the Capital City Carriage Company as seen here in this 1903 ad.  One of his many skills was that of "promoter" which hopefully would equate to a successful car company... 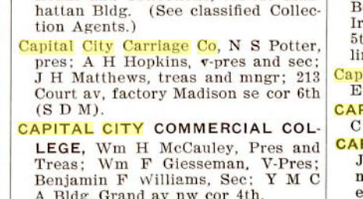 It appears that Hopkins also made a short stop in Jackson with the Fuller Buggy Company approximately in 1904... 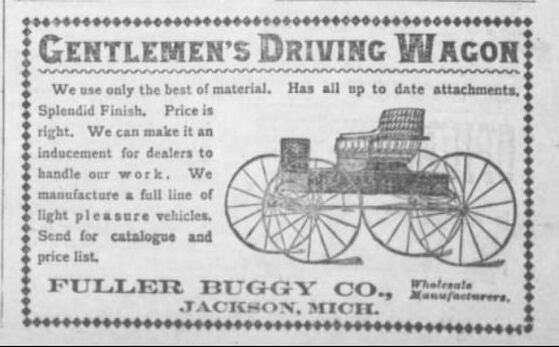 Hopkins joined Cartier from their start in January, 1905.  They were partially in the business of automobile parts and bodies... 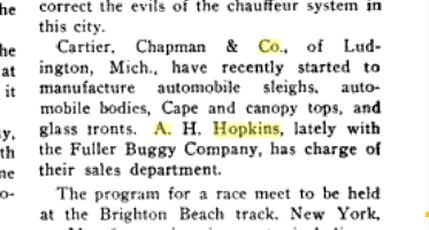 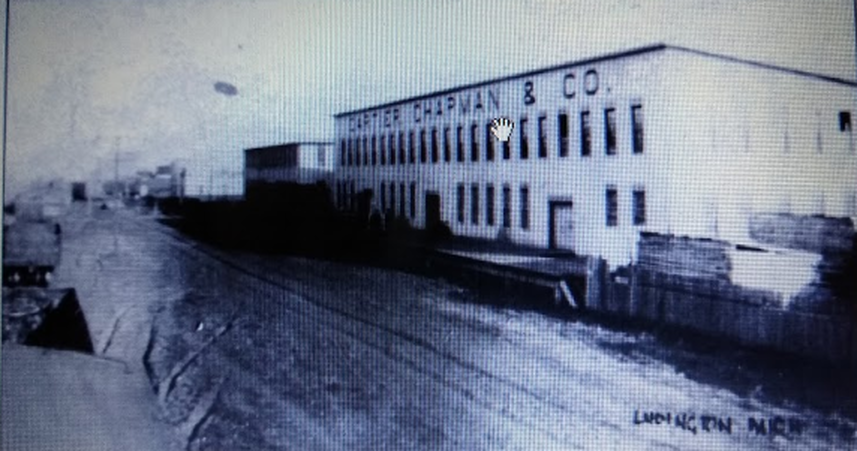 Hopkins was the sales manager at Cartier then went on to become the superintendent in 1907...

Hopkins left Cartier to make automobiles as stated here in 1909... 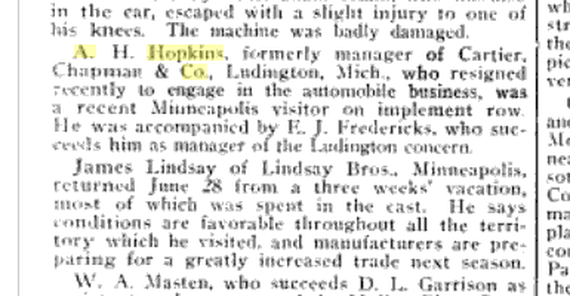 A.H. Hopkins together with Walter Knight(who was described as a practical vehicle man and came from Chicago in 1907) were looking to get in the car manufacturing business.  In the summer of 1909 Hopkins announced he was working on a prototype vehicle and that he had secured control of "some new inventions".  In the fall Hopkins and Knight organized the Utility Motor Car Company which planned to build several models under the name "Utility" and looked to raise $50,000 in capital.
The first chassis was to be made outside the city and new equipment to build vehicles was planned to be moved into Ludington although the location was never mentioned.
The vehicles that were being planned were as follows:

The plans of The Utility Motor Car Company seems to be as far as the company made it.