1902 the Northern Manufacturing Company was founded by Charles B. King and Jonathan D. Maxwell.  King had been involved in many companies in the early days of the automobile.  He came from the Olds Motor Works but is probably most famous for being the first person to drive a car on the streets of Detroit in 1896 just months before Henry Ford was to do the same.  Jonathan Maxwell also came from Olds and had great influence in the designing the Olds Runabout which is what the first Northern closely resembled....
In 1902 the company started in a small building across the street from where they would build their new factory due to rapid sales..

It was announced Northern was coming to town in November of 1906.  The company had changed its name to the Northern Motor Car Company and planned on building the Northern two-cylinder cars in the Port Huron plant while continuing to build the four-cylinder in Detroit... 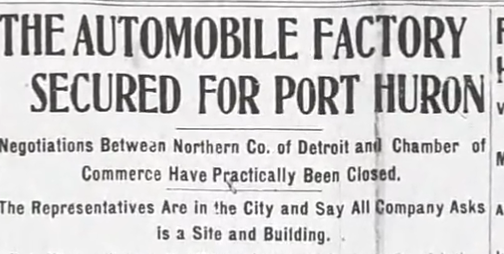 A factory building was built in 1907 at what is now the corner of the Elmwood and Pine Grove shown here after it had become E.M.F...
Northern sold cars in town over on 323-325 E. Water Street through George Yokom.  Yokom would go on to build a dealership on Military Street and sell many different makes and models.  He and George Troutt, who had been with the Wayne Automobile Company, would attempt to start his own car company called the Troutt-Yokom around 1906...
In June of 1908 Northern merged with the Wayne Automobile Company and became the Everitt-Metzger-Flanders Company(E.M.F.) which was named for the three men that founded the company.  Barney Everitt had made money as an automotive body builder, William Metzger was the genius behind the early marketing of Cadillac, and Walter Flanders was Henry Ford's production manager... 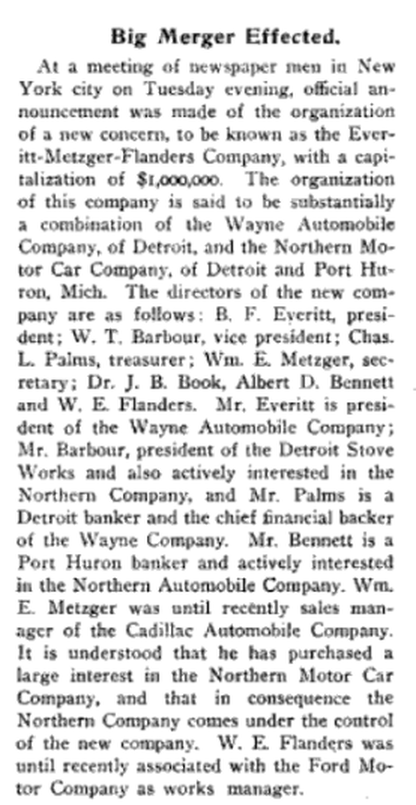 E.M.F would produce around 8.000 units in 1909.  Disagreements between all 3 partners meant trouble and in that same year as Everitt and Metzger left to form their own company producing the Everitt.  Flanders built his own car called the Flanders 20.  The entire E.M.F. company was taken over by Studebaker by May and they obtained total control by 1912... 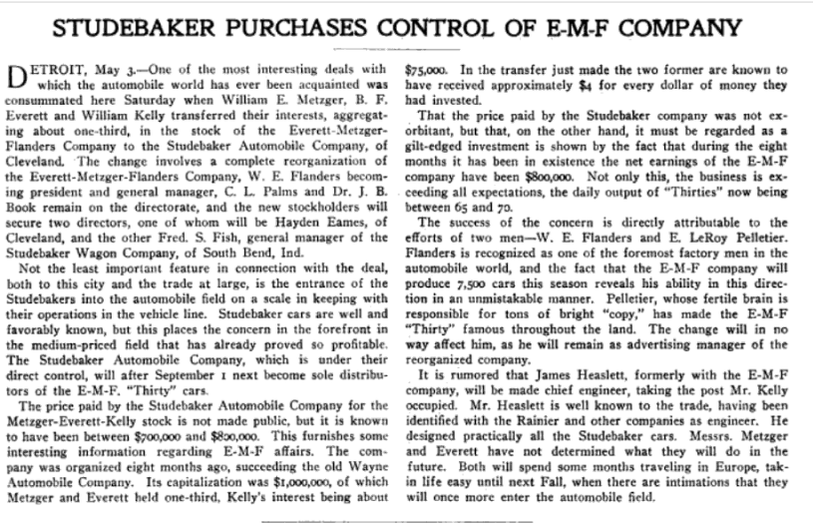 The Havers Motor Car Company who had been producing vehicles at the corner of 28th and Moak would take over the plant in 1912 and stay in business until a fire destroyed the plant and most of the inventory in 1914...
Studebaker went on to make vehicles in the U.S. until 1963 and in Canada until 1966.