The earliest record of the Port Huron Yacht Club is found in the 1906 Port Huron Directory listing the address as 1 Butler.  There is no further proof of organization until 1923...

​1On July 4 1923 a group of Port Huron boat owners got together for a race on the St. Clair River. After a wonderful afternoon of competition, followed by a banquet at the Harrington, it was decided that there was enough interest to form a yacht club in the city. Organizational meetings were held every two weeks at the Harrington through the end of the year. Captain E. W. Kiefer and Captain John Hodge were the chief organizers...
In March of 1924, the first annual dinner dance was held at the Harrington.  The officers were also installed on that day which were:
Also in that year a Ladies' Auxiliary was formed with the purpose of raising money for the Club especially for furnishing a clubhouse if and when one could be secured.  Eventually this would be the home of the PHYC...
One of the many traditions of the race is the announcing of the boats and crews when they arrive.  Commodore William A. Wiard did this for many years... 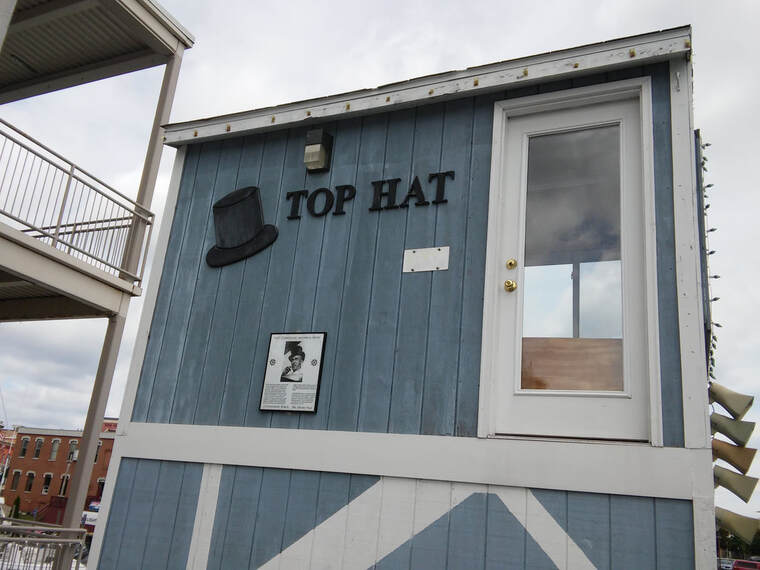 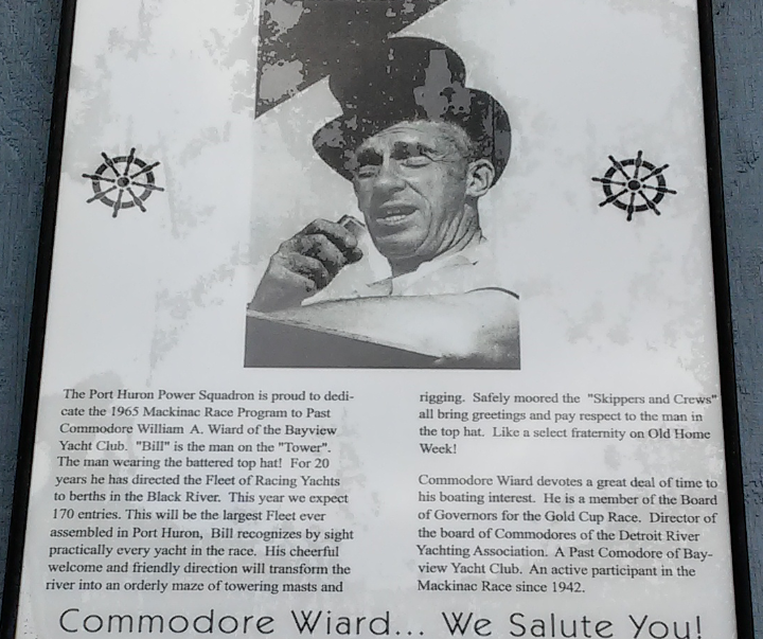 1924-July 4th is when racing began by hosting a regatta inviting the Edison Boat Club, Detroit Boat Club, and Bayview Yacht Club.  A fishing tug would tow the boats from Detroit to Port Huron to ensure a good attendance.  Thirty boats participated in the race.
1925-The first Port Huron to Mackinac race is sponsored by the Bayview Yacht Club and hosted by the Port Huron Yacht Club.  Twelve boats enter the contest but only six finish due to high winds.
Over the years many sailboats have raced the courses including boats from the America's Cup... 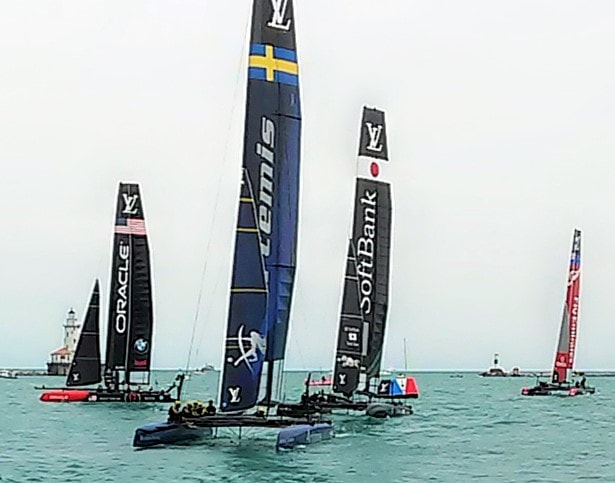 Boats will end the race at Mackinac Island with some finishing in less than 24 hours...