Although neither vehicle exists, there is a model of what the first vehicle is to have looked like which is currently not on display.  There are also other artifacts from the Clegg shop including the original cash register and receipts.  The museum is located inside the library in Memphis.
Memphis Historical Society
Address:  34830 Potter St, Memphis, MI 48041
Phone:  (810) 392-2980(Library)
Website:  stclaircountylibrary.org/

The shop is no longer standing but does have a historical marker on the site.  Henry Ford was going to purchase the building and relocate it to Greenfield Village but Clegg had already torn it down.
Address:  South Side of Bordman Just East of the Intersection with Cedar, Memphis, MI 48041

The story of who made the first automobile has always up for debate.  Inventor and engineer Oliver Evans believed that steam engines, which were used to power mills and steamboats, could be used to propel land vehicles.  He was presented with an opportunity from the Philadelphia Board of Health to build a steam dredge.  Evans was able to not only build the unit but also fit it with wheels to move it on land.  In 1804-1805, the future of steam-powered carriages was born...
The Benz Patent Motor-Wagen was built by Carl Benz in 1885 and is widely regarded as the world's first production automobile.  It was the first self-propelled vehicle for carrying people and debuted in public in July of 1886... 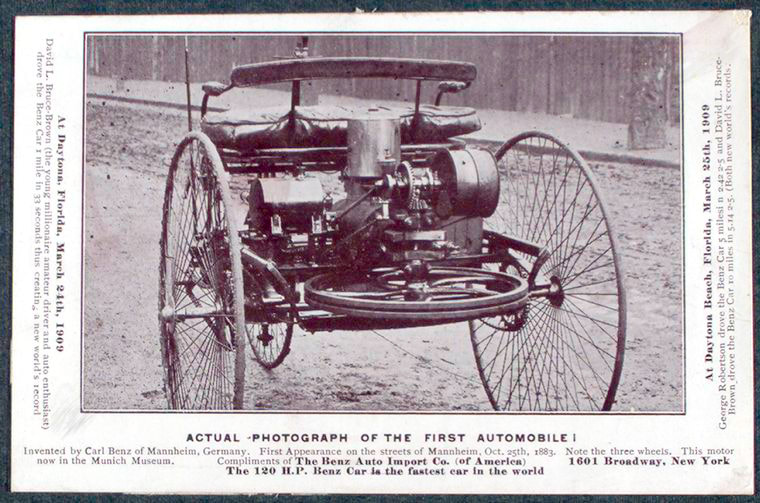 Photos Courtesy of the New York Public Library
R.E. Olds(Oldsmobile) didn't make his first vehicle until 1886-1887 and Henry Ford did not invent the Quadricycle until 1896...
In the winter of 1884-1885 John Clegg, Thomas J. Clegg, James Stephenson, and Washer Laforge built the "Thing" in the John Clegg & Son Machine Shop & Foundry in Memphis, MI. 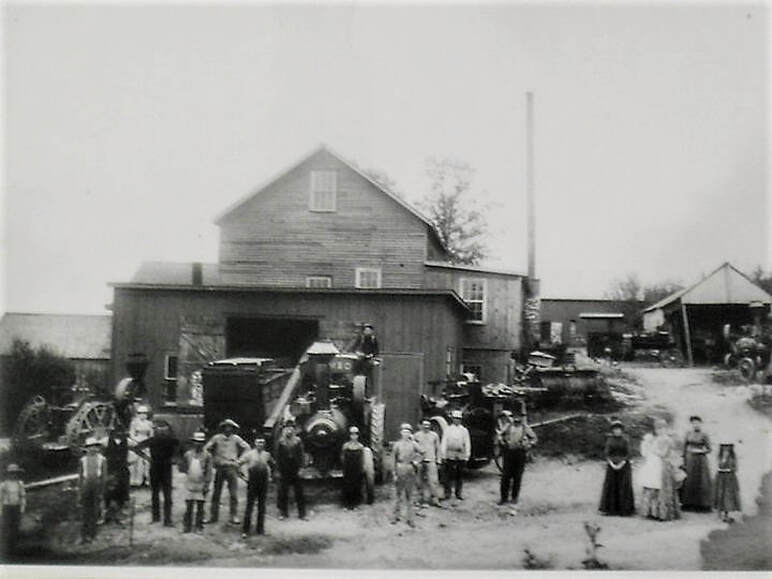 The vehicle was described as being powered by a single cylinder with steam being produced in a tubular boiler carried in the rear of the car.  It had seating for four people including the driver and stoker.  Cannel coal was used as the fuel and leather belts were used to transfer power.  Larry Wilson provided the information for this model of what the "Thing" is to believed to have looked like.  Unfortunately, all of the original plans were lost in a fire of the Clegg home... 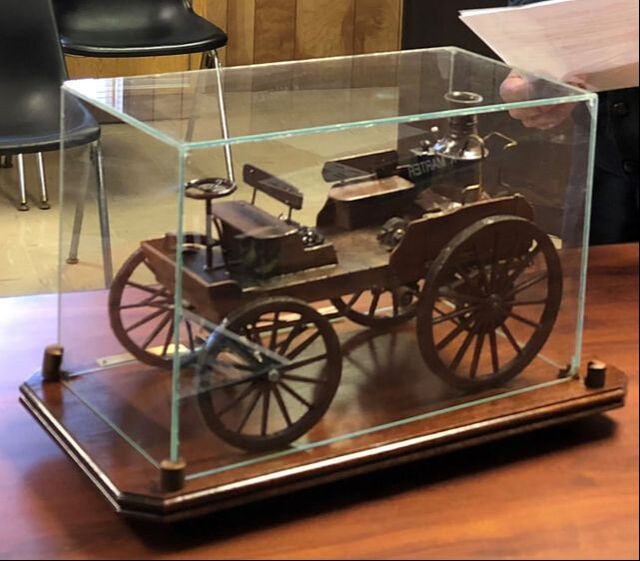 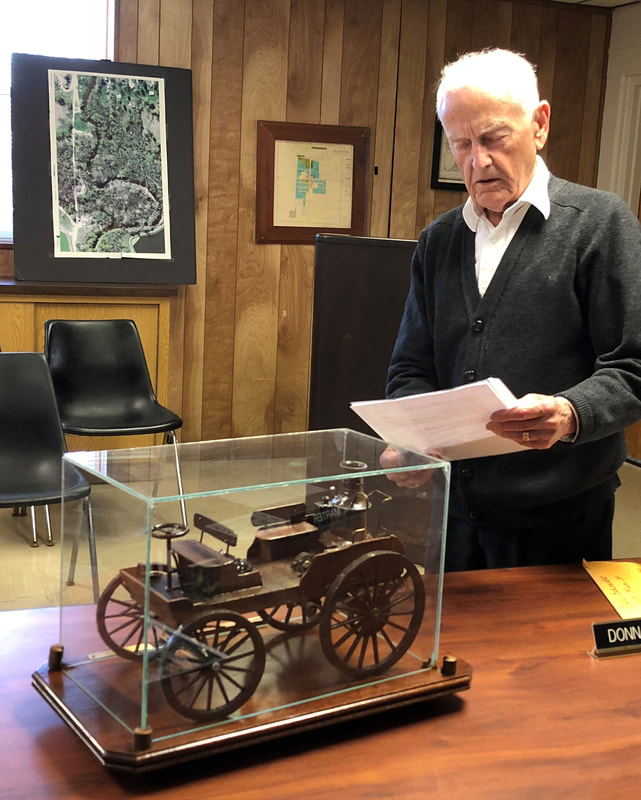 Except locally, the excitement of the vehicle never caught on outside of neighbors and their children that were given rides in and around town.  The "Thing" was perhaps driven 500 miles in the summer of 1885 with the longest trip being to Emmett and back which covered a distance of 14 miles.  After about six months the vehicle was disassembled and the engine was sold to George Granger of Port Huron for his creamery.  The Sylvan City Creamery located at 326 Water St. in Port Huron was the only creamery listed at that time and is believed to be the recipient... 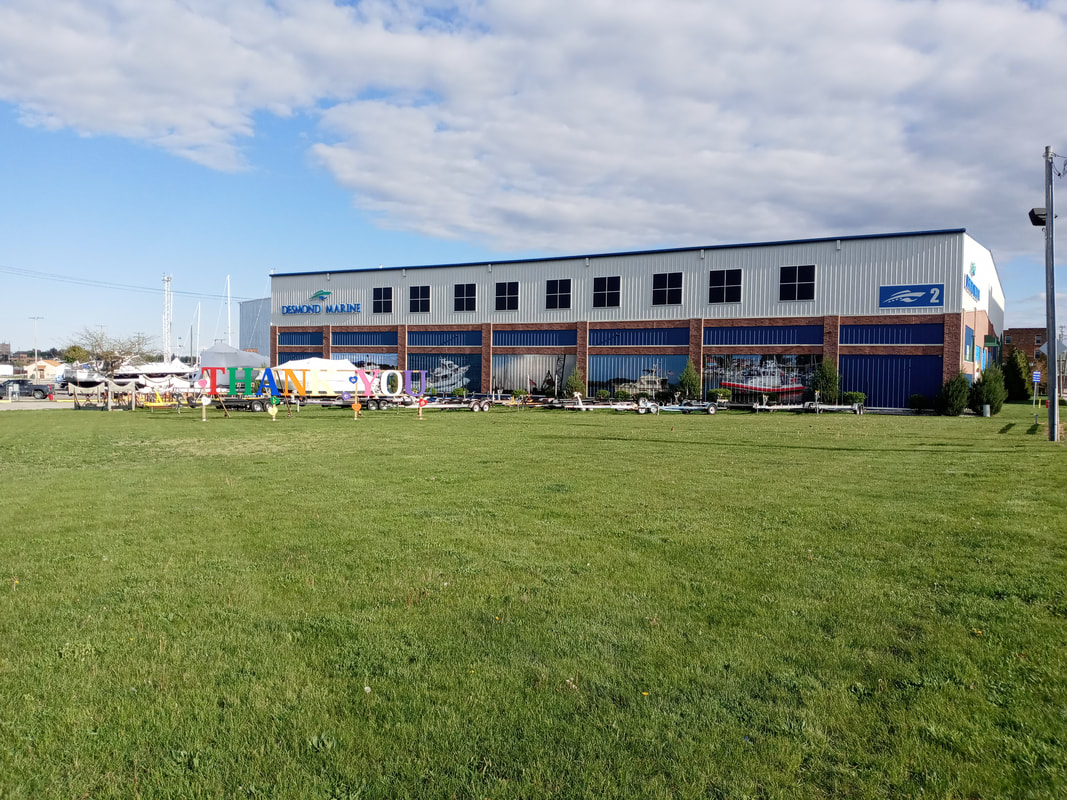 A few years later a second attempt was made at a vehicle but it was a failure.  John Clegg unfortunately died around 1889. Thomas married and no longer had time to make another vehicle although he was the first to own one in Memphis.  The Cleggs are pictured here with their Locomobile Steamer... 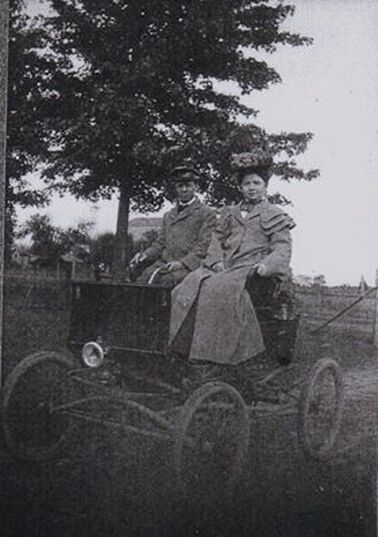 Clegg continued to tinker with things and worked on vehicles in his shop.  Around 1921 he came up with the idea for hollow tappets for the Model "T" which became standard equipment.  In 1936 the shop was torn down and today is replaced by an historical marker.  Henry Ford saw the work of Clegg and his men as so significant that he offered to buy the building, move it to Greenfield Village, and place it among other buildings owned by Wilbur and Orville Wright, Thomas Edison, Harvey Firestone, and others.  Perhaps if it had found a new home in time, the Cleggs and the men in their shop would be household names today... 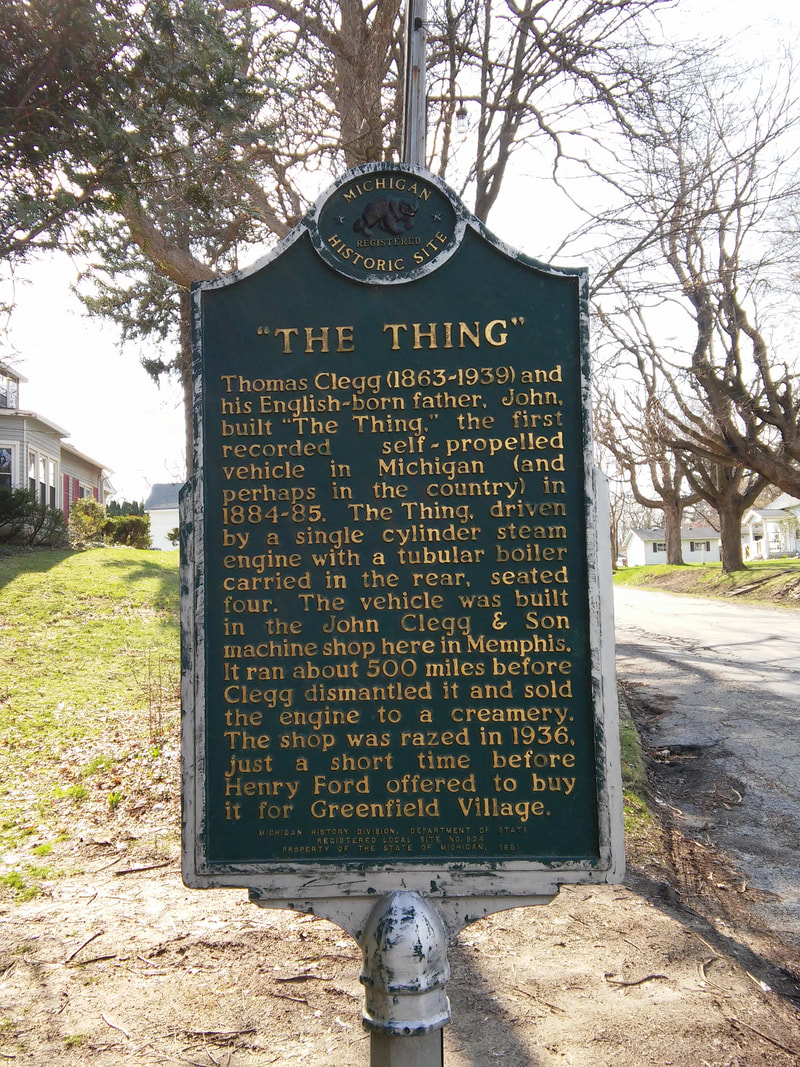 Also in 1936 an article was written about Clegg and his friend Ransom E. Olds.  Olds had great success in the automotive industry with both Oldsmobile and REO but at the time he and Clegg started tinkering with steam-powered vehicle ideas, they were considered "crazy".  It turns out the two friends did indeed have the last laugh... 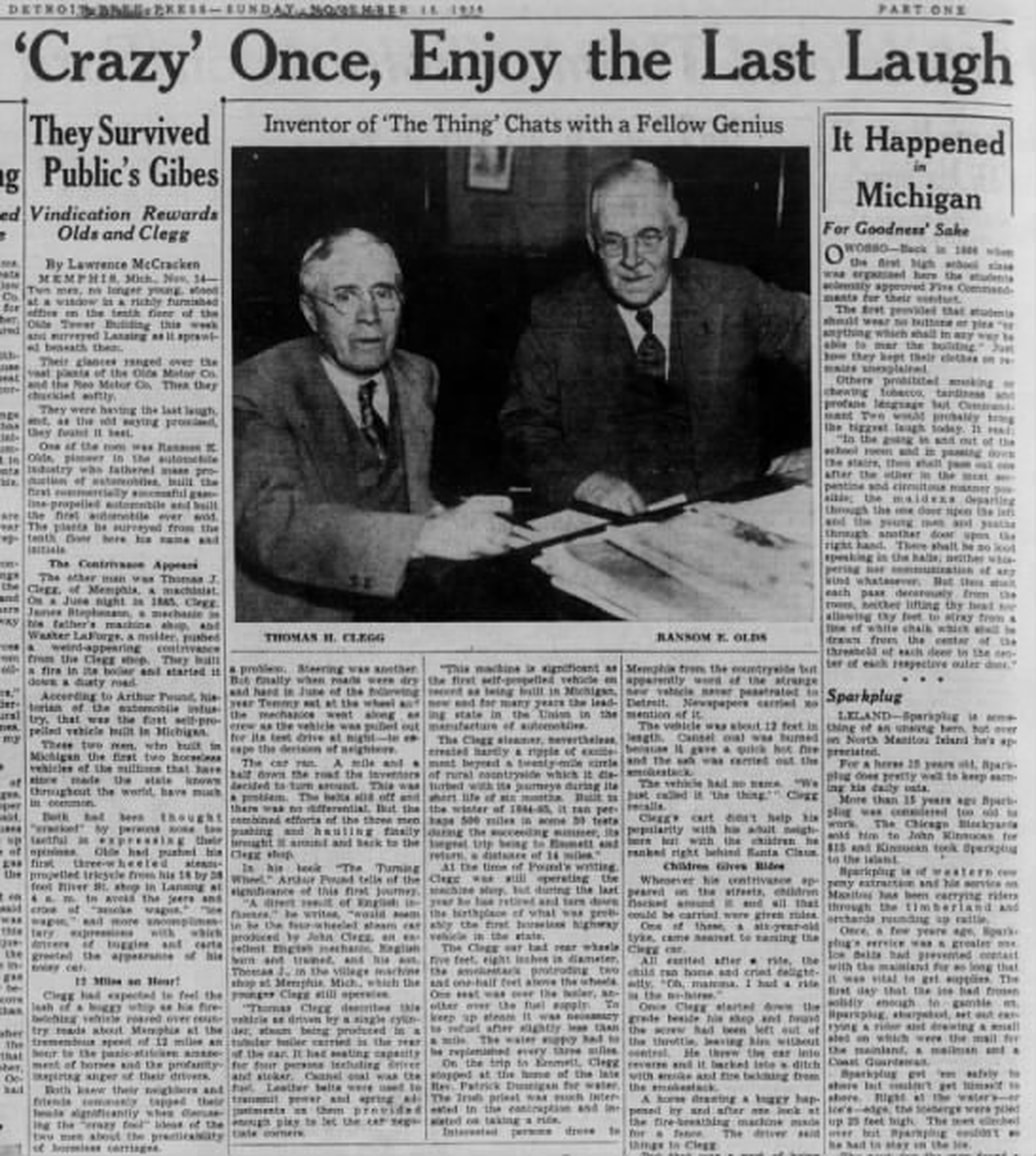 The article states the story this way...