The Thomas Edison Depot Museum tells the story of Thomas Edison's life and includes many artifacts including items that were extracted from the site of his boyhood home.
Address:  510 Edison Parkway, Port Huron, MI 48060
Phone:  (810) 455-0035
Website:  www.phmuseum.org/thomas-edison-depot-museum/
The actual site of Edison's boyhood home is located in the Edison Shores Condominiums and was purposely left vacant.
Address:  1620 Edison Shores Place, Port Huron, MI 48060(Approximate)
Website:  A project was started in 1976 to excavate the site of the home.  You can see photos and more here.
The museum also offers trolley tours and rentals.

Thomas Edison was born in Milan Ohio February 11th, 1847 to former schoolteacher Nancy Elliot Edison and Samuel Edison Jr.  Samuel ran a shingle mill and grain business in Milan and the family remained there until they moved to Port Huron in the spring of 1854.  This is the earliest known photo of Edison at age 4... 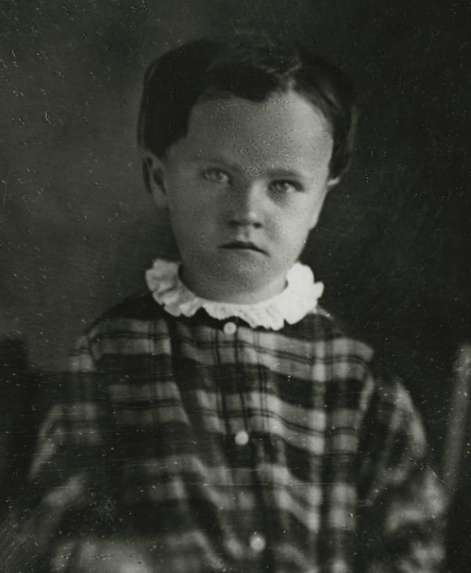 Photo Courtesy of the Henry Ford
Edison worked on the Grand Trunk Railroad selling newspapers, magazines, and candy to passengers traveling between Port Huron and Detroit not to mention his own newspaper he printed himself.  These photos were taken when Edison was around 14 years old...
Photos Courtesy of the Henry Ford
A train car very similar to the one Edison worked on sits at the museum...
Edison would leave Port Huron at approximately the age of 17.  He would go on to build a laboratory in Menlo Park, New Jersey by the spring of 1876.  It was here in 1877 that he invented the phonograph and later the incandescent light bulb...
Photo Courtesy of the Henry Ford
Edison obtained 100 of his more than 1,000 patents from 1879-1881. He also started the Edison Illumination Company in Detroit that would attract a young man named Henry Ford...
Photos Courtesy of the Henry Ford
Henry Ford would leave his small lumber business and come to work for Edison at his company in 1891.  He would be promoted to chief engineer by early 1894 and later invent his Quadricycle in 1896...
Photo from the Ford Motor Company Archives
Thomas Edison had later become a good friend and mentor to Henry Ford encouraging him to pursue the invention and production of automobiles.  It was on his third attempt that Ford started the current Ford Motor Company...
Photos Courtesy of the Ford Motor Company Archives
Both men had experimented with electric vehicles and batteries.  Edison produced storage batteries from the early 1900's until the 1960's.  This electric tractor ran on thirty Edison batteries and was in service for over 55 years...
Photos Courtesy of the Edison & Ford Winter Estates
Edison and Ford were also great friends with inventors and businessmen Harvey Firestone and John Burroughs.  The group would go on to call themselves the "Four Vagabonds" and set out on summer camping trips from 1915 to 1924.  The vehicle below was used in 1919 on a trip to the Adirondack Mountains...
Photos Courtesy of the Ford Motor Company Archives
Both Edison and Ford had winter homes in Fort Myers, Florida next to each other which still stand today...
Thomas Edison is perhaps the most prolific inventor in history.  He held 1093 patents throughout his life including the incandescent light bulb, phonograph, motion picture camera and battery for an electric car.  Edison and Henry Ford are almost exclusively responsible for ushering in the modern age.