The Troutt-Yokom Car Company had some roots with two men who were well involved with automobiles before the idea came about to form their own company.  George Troutt was originally with the Wayne Automobile Company of Detroit... 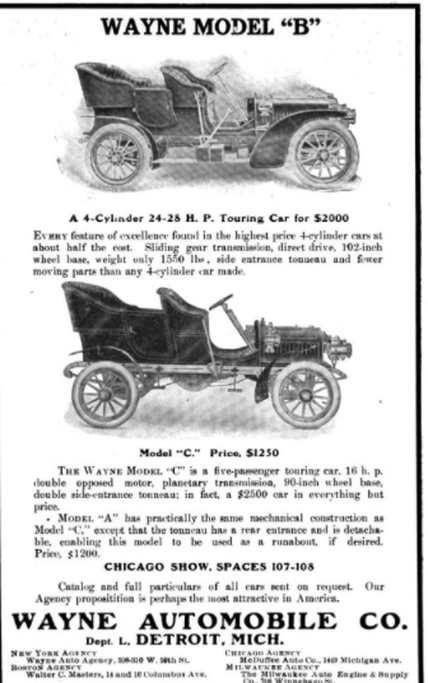 George Yokom had went to school in Port Huron and was a tinkerer as a young man... 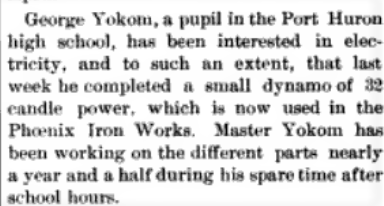 Yokom had been the manager at the Huron Cycle & Electric Company as early as 1900 and became the vice president by 1902.  The company itself existed as early as 1894 as the Electric Supply Company...
The company became the Huron Automobile & Electric Company sometime between 1903-1907 and was located at 323-325 Water Street.  Yokom was the vice-president and manager as well as the agent for the Northern that was being built in Port Huron.  He also handled the Olds, Cadillac, and Pope-Waverly.  The photo below shows the front of the company building along with a Northern automobile...
It was announced in November and December of 1906 that Troutt and Yokom would build vehicles and a few other local businessmen were interested.  Initially a prototype was built with a four cylinder, two cycle engine...
No listing appears in 1907 for the company but in 1908 the company is listed for production of commercial vehicles.  It is not known if any vehicles were ever produced...

It is not clear when Troutt left but by November of 1911, he had moved on and had joined the Imperial Automobile Company in Jackson, MI.  He would now be in charge of the company's interests for the entire Pacific Coast...

The Imperial Automobile Company started manufacturing automobiles in 1908 and went out of business in 1915 meeting the same fate of many of the auto companies in that time period. 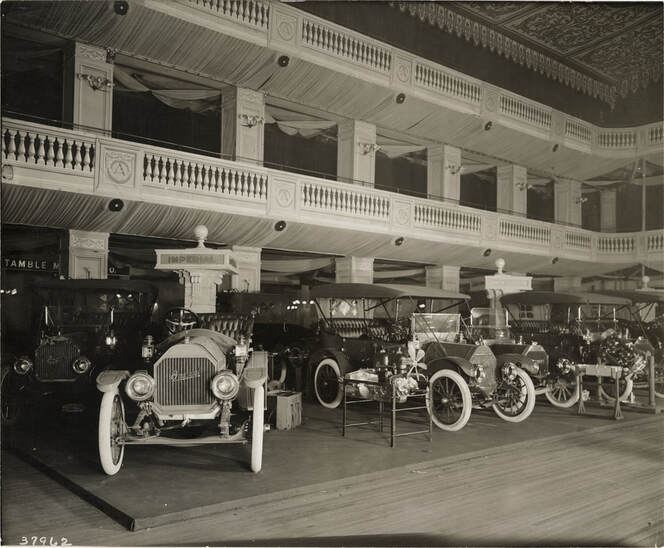 Photo Courtesy of the Detroit Public Library
Also around 1911, Yokom went on to build a garage on Military Street and continued to be an agent for many different makes and models...
He would go on to help organize auto shows in Port Huron in the 1920's... 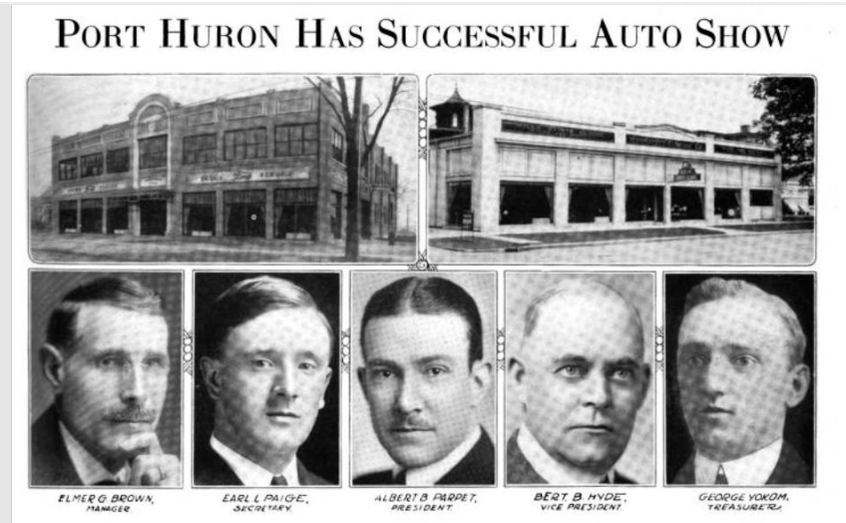