Walter Lorenzo Marr was born in Lexington, MI and went on to become an important figure in automotive history.  He was not only the head engineer for Buick, but he also started his own car company and invented and developed products in the auto, marine, and aircraft industries.

It is not known exactly where the Marr family lived in Lexington.  You can find out more about the history of Lexington and Sanilac County by visiting the Sanilac County Historic Village & Musuem in Port Sanilac.
Address:  228 South Ridge Street, Port Sanilac, MI 48469
Phone:  (810) 622-9946
Website:  http://www.sanilaccountymuseum.org/

Walter Lorenzo Marr was born in Lexington, MI on August 14th, 1865.  His father died when he was just six years old but the Marr family carried on having no idea of the impact he would eventually make on the automotive world... 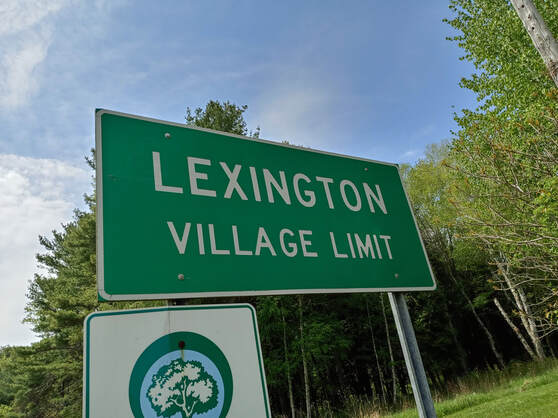 In 1882 Marr became an apprentice at John Walker & Sons in East Tawas.  In 1887, he started with Wick Brothers, Sawmill and Steamboat Engineers and in 1888 while there started experimenting with engines.  Marr stayed with the company until 1896... 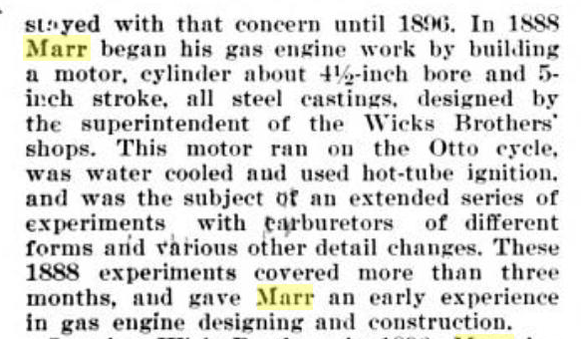 Marr went to work for himsellf and began producing the Marr bicycle in 1896 in East Saginaw at 215 South Washington Avenue.
Two years later he moved his bicycle shop to Detroit.  It is shown here in the 1899 Directory at 198 Grand River Ave... 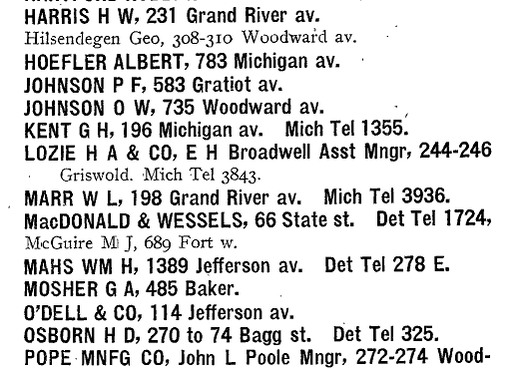 In 1899 Marr sold his bicycle business and went to work for a short time for the Detroit Shipbuilding Company.  He also invented his first vehicle during this time which was basically a motorized tricycle.  He then started his career with Buick which at that time was called the Buick Auto-Vim and Power Company.  While he was here he built his second vehicle.  This was the first of 3 stints with Buick and he stayed with the company until the Spring of 1901.  Marr is seated on the first production Buick next to Thomas Buick...
Photos Courtesy of the Sloan Museum
In 1902 Walter Marr started and his own car company called The Marr Auto Car Company in Detroit and subsequently filed articles of association in 1903.  Marr designed the car but they were built in Elgin, Illinois by Fauber Manufacturing.  The company took orders at the 1902 Chicago Auto Show for more than 500 vehicles and began to fill the orders.  Unfortunately the plant burned to the ground in 1903 and took all the vehicles with it.  One complete did survive and was purchased by the Henry Ford Museum in 1935 and now is owned by descendants of Marr.

In 1904 Marr once again teamed up with David Buick and went on to do many things for the company including heading up the Buick Race Division.  This photo was taken in Savannah, GA in 1908... 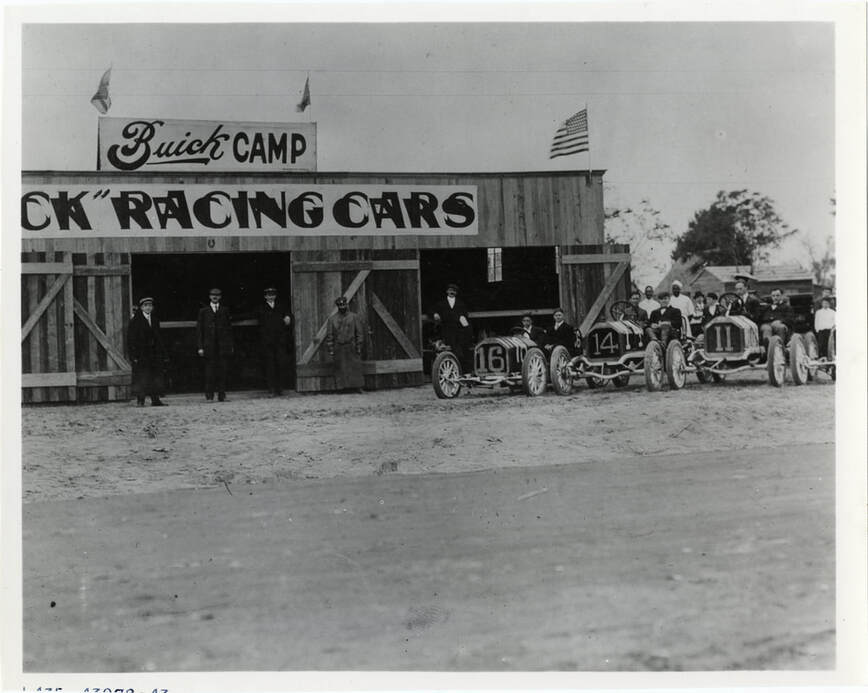 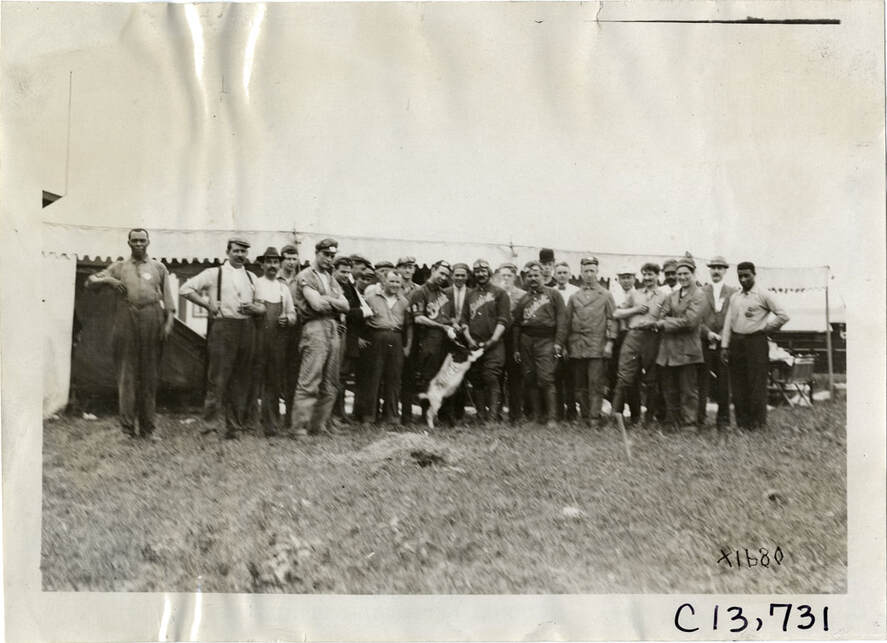 Photo Courtesy of the Detroit Public Library
Marr also designed an airplane called the Flint Flyer which was produced by the L.A.W. Aeroplane Company located in Flint, MI.  The photos shown here is from 1910 at the Atlanta Speedway...
Photos Courtesy of the Detroit Public Library
In 1914 Marr built a prototype Buick Cycle Car.  The cycle car craze went on from about 1913-1917 with many companies building these small cars.  The prototype still exists and is owned by descendants of the Marr family...

Marr had developed some health problems and moved his family to Signal Mountain, TN in 1914.  This article shows that Marr would continue his work there although it seems no formal building was ever erected...

Marr remained Buick's chief engineer until 1918 and as an engineering consultant until 1923.  He unfortunately passed away in December of 1941 but his impact in the automotive, marine, and aviation fields are still felt today.