W.L. Balfour owned a small service station in New Baltimore, MI.  By 1936 he moved locations and opened a station that would sell gasoline, sell Ford vehicles, and service them.

W. L. Balfour had perhaps one of only two gas stations in New Baltimore up until around 1936.  The first station was small but and offered both regular gasoline and "ethyl" which was more expensive but prevented engine knocks. 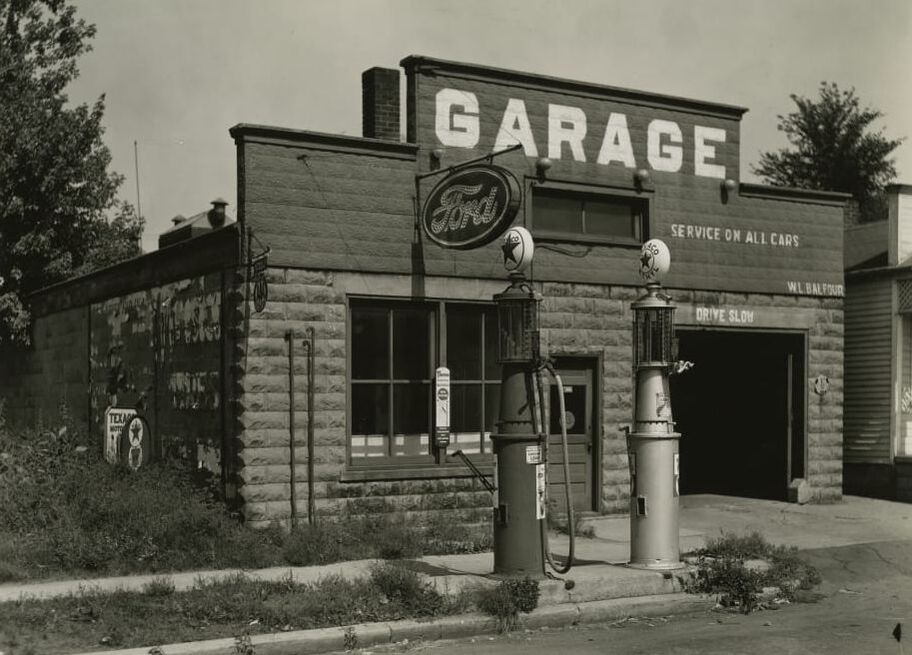 Balfour's second station shown here in August of 1936 is what Ford promoted and called the "Super Service Station" which is still common today not only in larger stations but also big box stores.  These stations were a one-stop shop for motorists and sold gasoline, motor oil, parts, and new Ford vehicles not to mention providing automotive service and repairs. 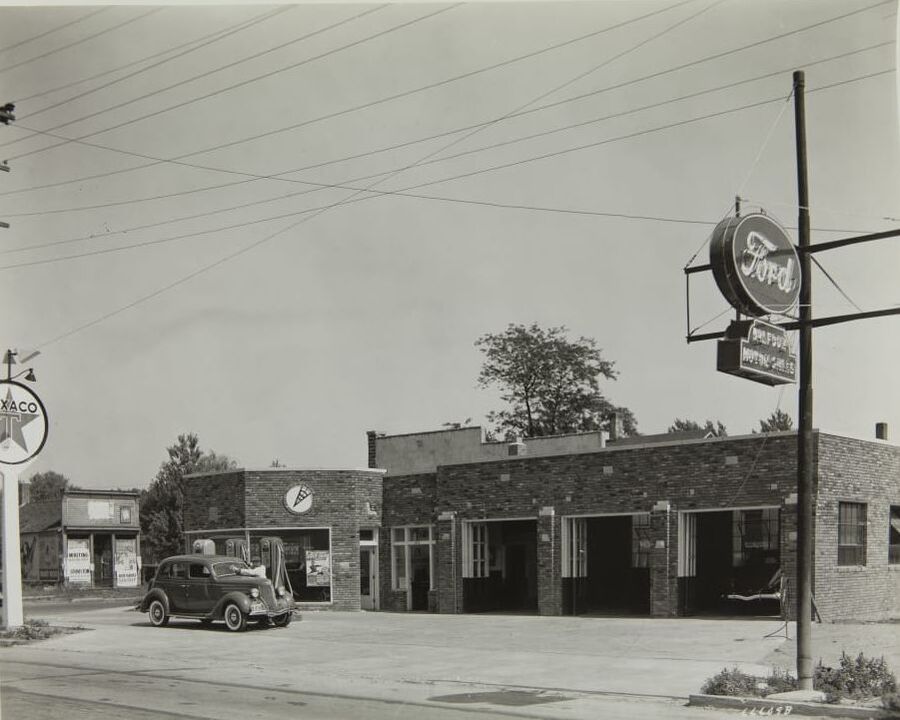 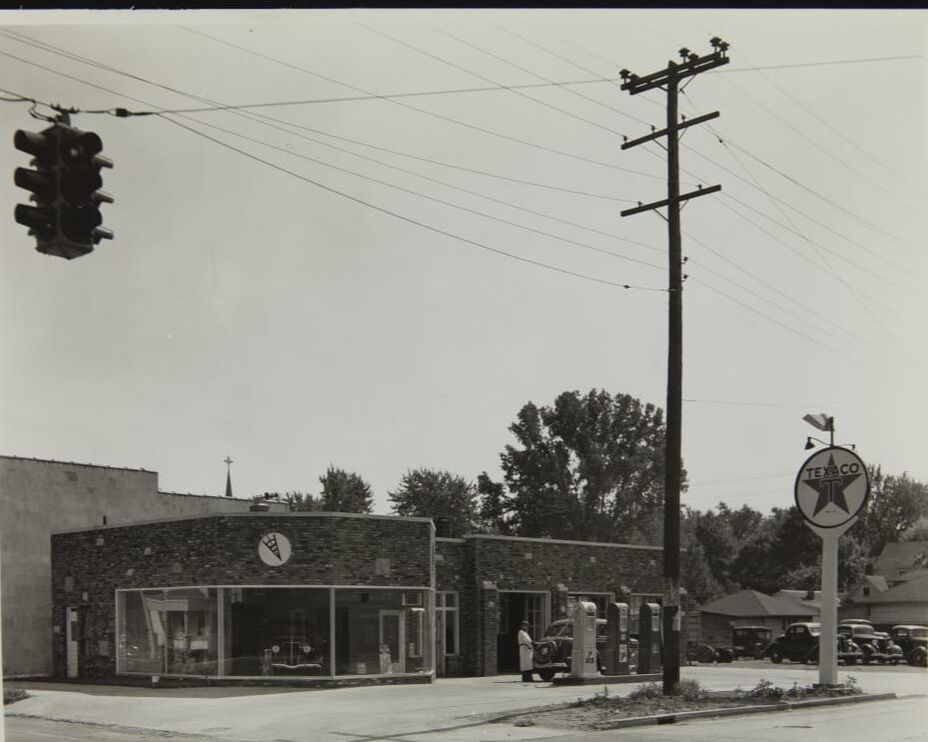 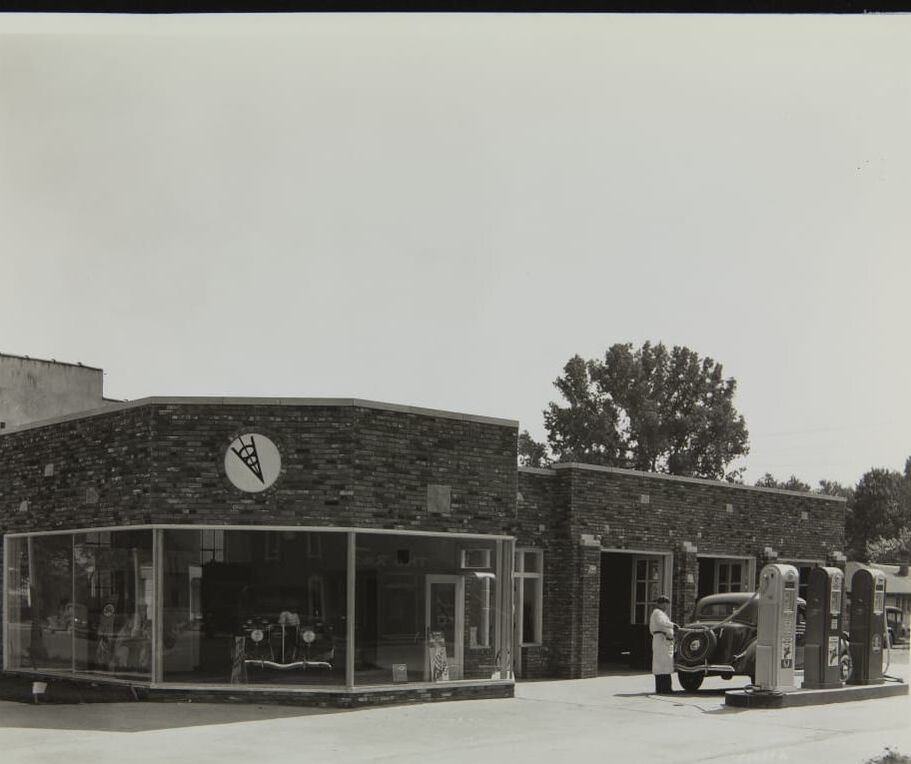